Bear spreads in corn will become even more profitable

These are the facts, but what do they mean? Well, bear spreads in corn will become even more profitable than they are today, while bull spreads in soybeans can shift somewhat lower. Let’s take a look at one market after each other.

Corn is a huge market. The US is the world’s largest producer and exporter of the crop. Moreover, yields are higher than they have ever been thanks to advancing technology like automation, smart farming, fertilizers, seeds, etc. All of this leads to resilient crops and good harvests. The market reflects this in a strong and prevalent contango in corn, as you can see on the following chart. This makes corn a great market for bear spreads. 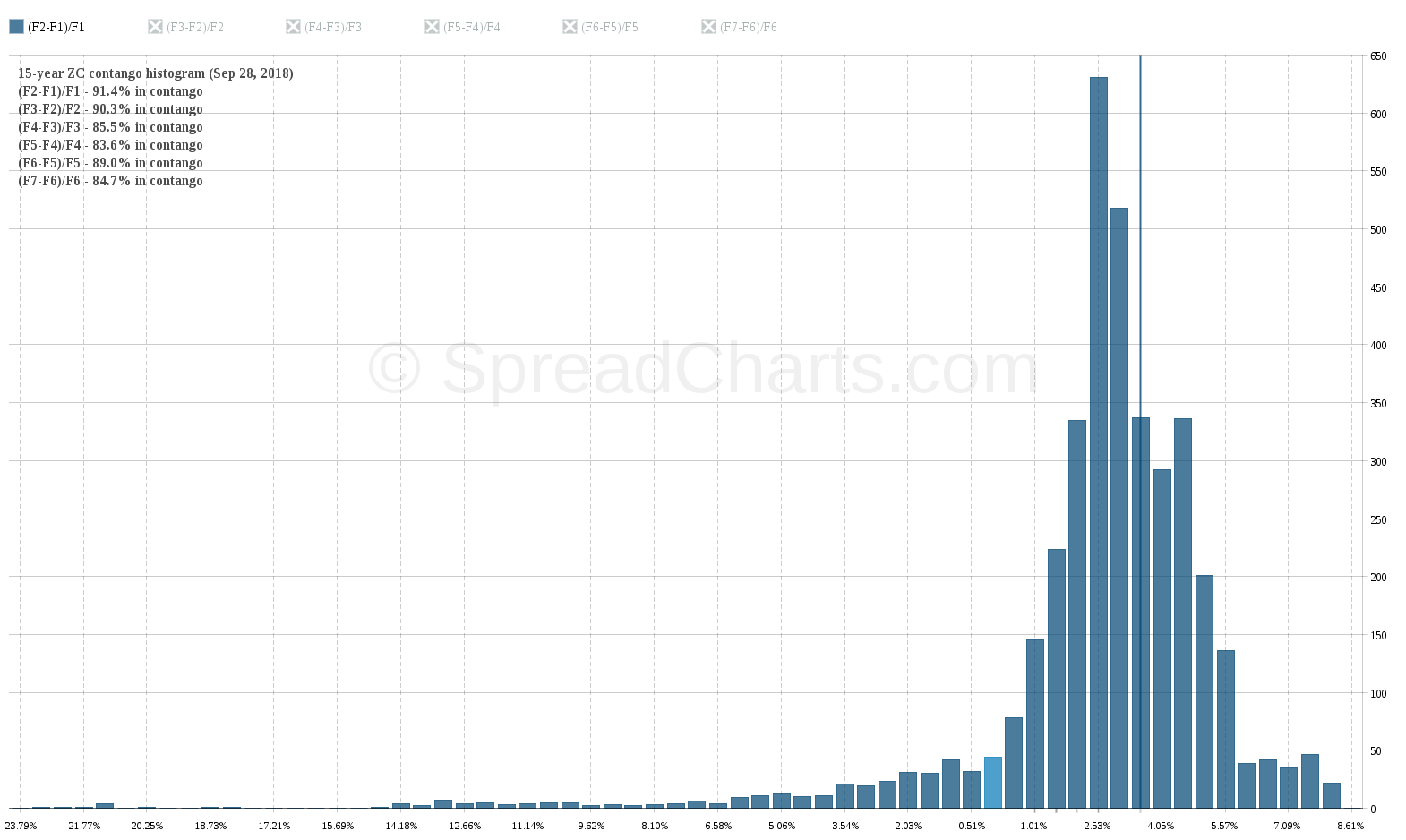 And the good news is that this strategy may get an additional boost from the end of 2019. Increasing the maximum allowable storage rate will raise the relative level of the full carry. Bear spreads will, therefore, have room to widen even more than they can today. The 19/20 crop will be the first to be affected. So ZCN20-ZCZ19 spread within this crop is the one to watch. It’s trading over 20c right now and looks expensive. 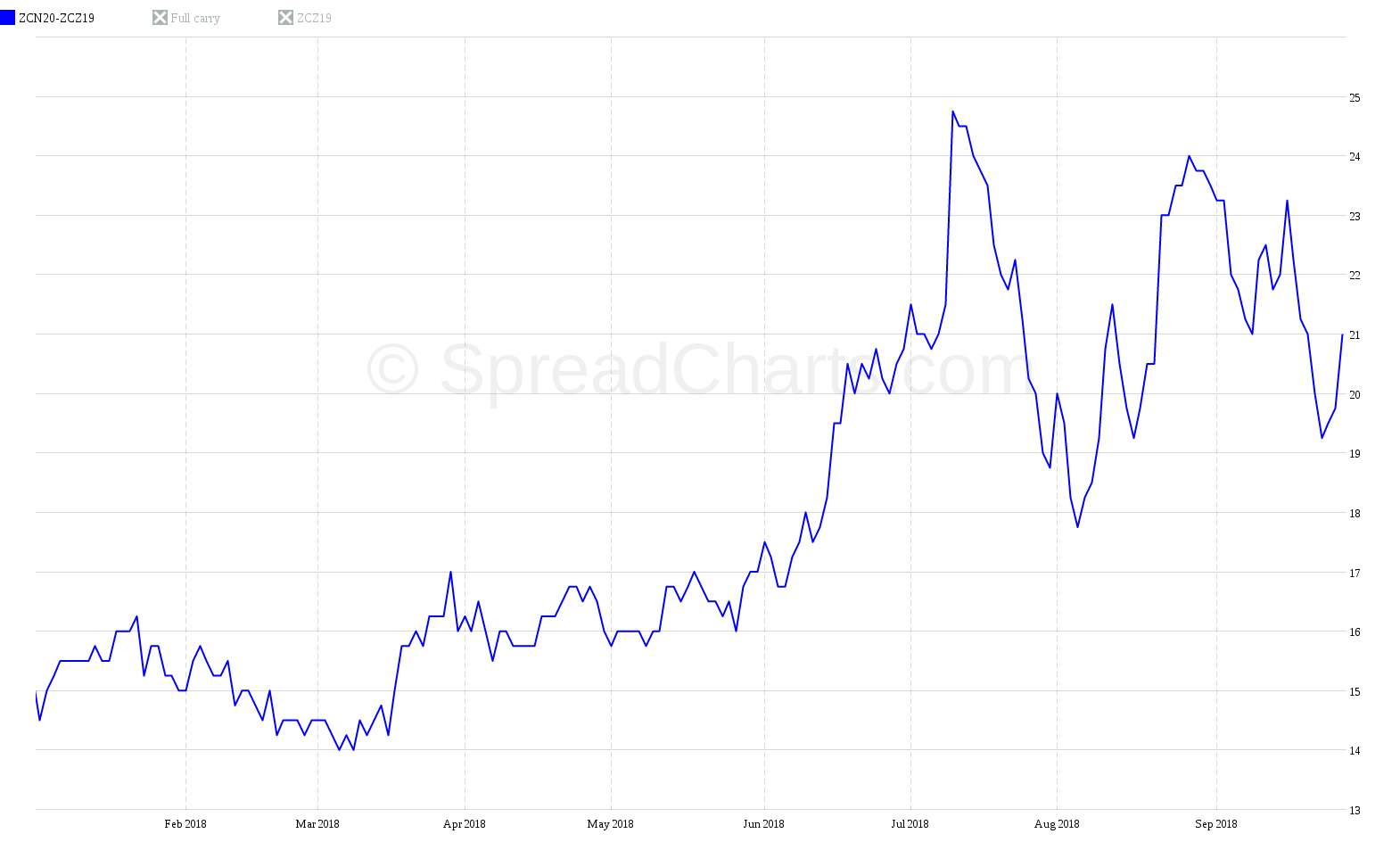 This impression is however wrong! In fact, the spread is quite cheap right now as it is trading only at 30% of the full carry. 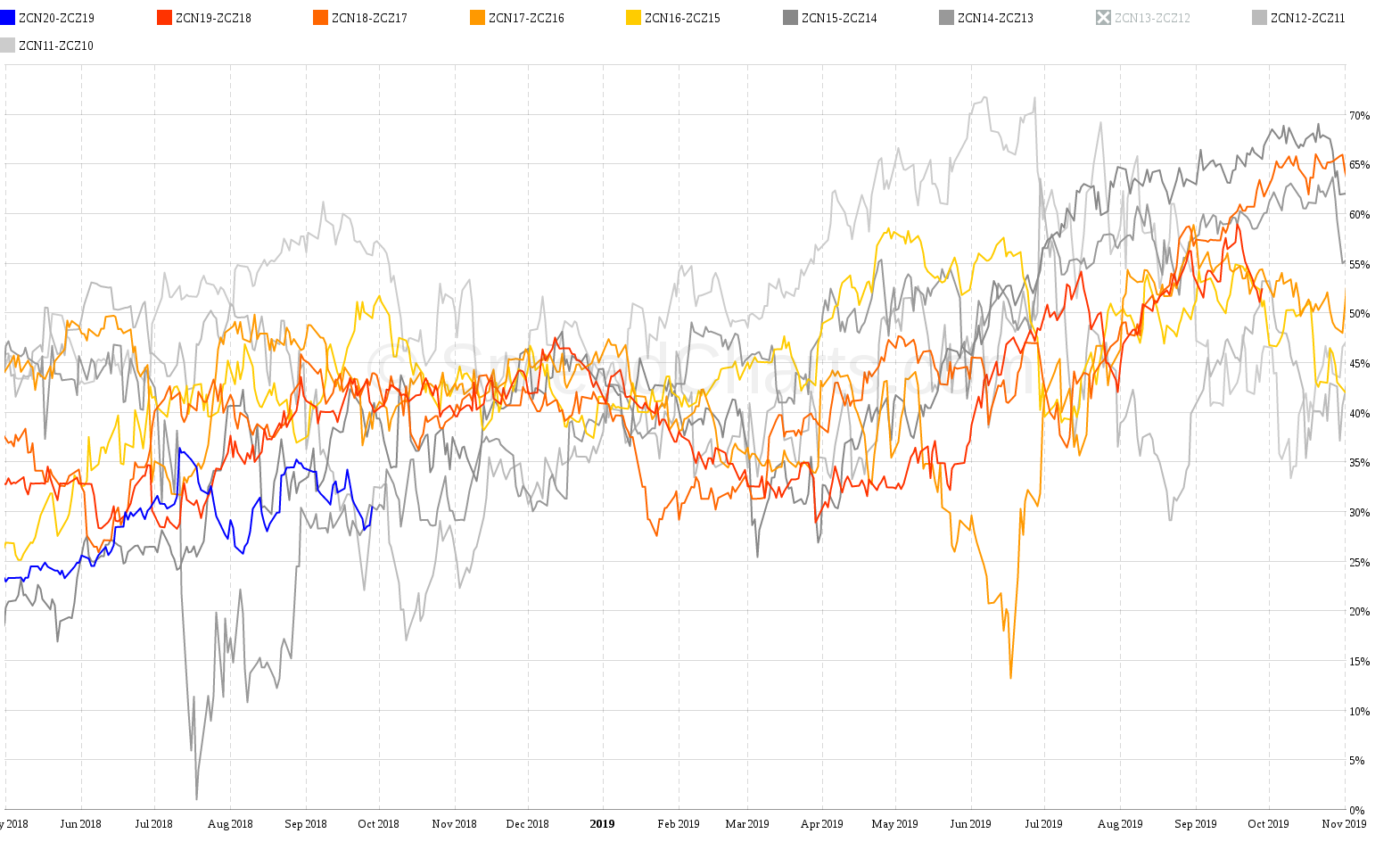 How’s that possible? Well, we’ve already implemented the storage rate increase into the SpreadCharts app. If the market continues to be well supplied or become even oversupplied, we may see the price of this spread to rise well above its historical norm.

The soybean market has been quite tight over the recent years due to rise in demand, especially from China. This notion is taking a pause this year due to tariffs that are turning global supply chains upside down. Nevertheless, if we look over a longer period of several years, bull spreads have been the preferred strategy. The unusually frequent backwardation is the proof. 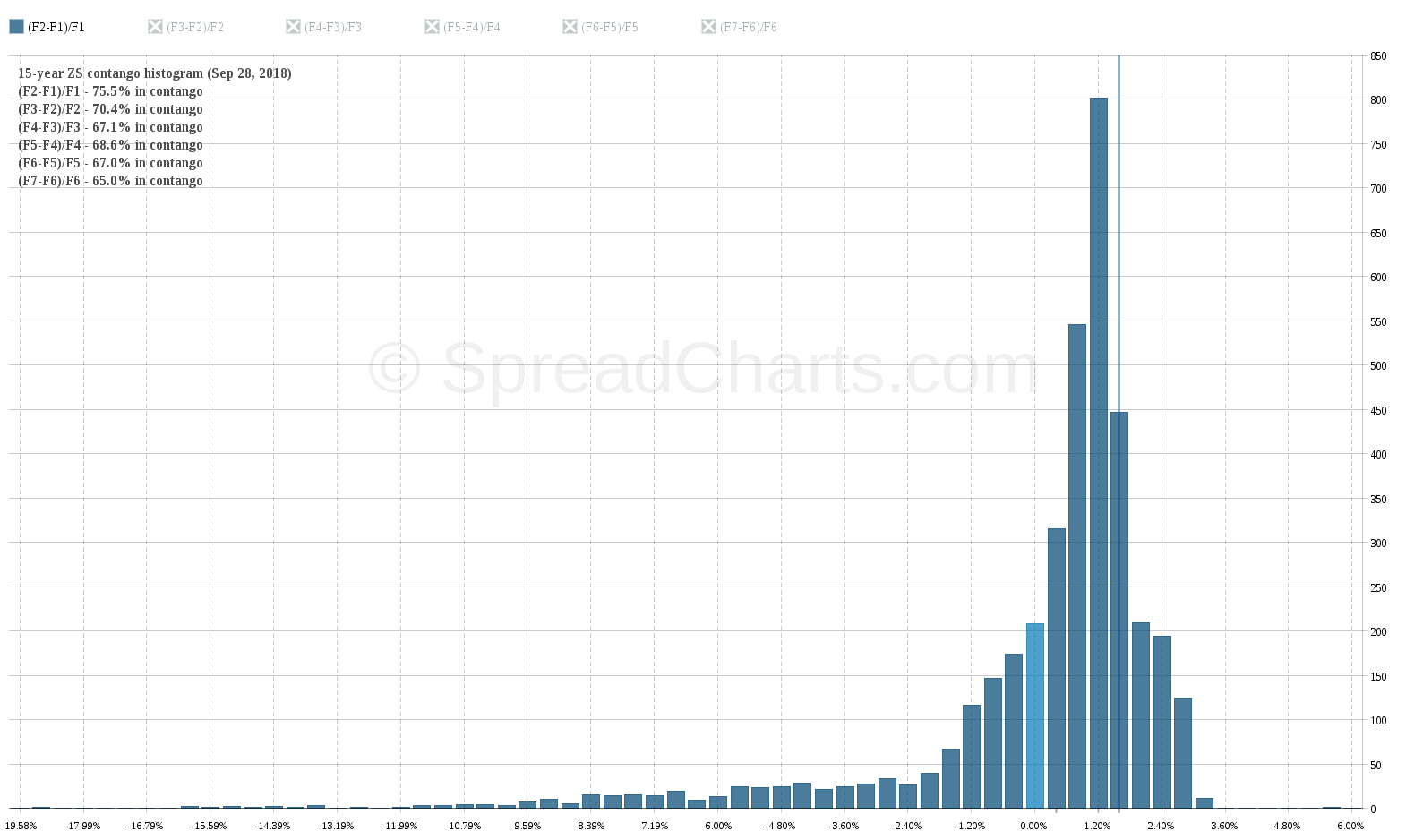 The increase in storage rate will set a new bottom for bull spreads starting from the ZSX19 contract. People who don’t understand this effect can become unpleasantly surprised as these spreads can fall much lower than has been the historical norm.

Maybe you wonder why is happening all of this. What’s the reason for the increase in storage rate and why now?

While the precise timing may surprise some, this step was inevitable from a longer-term perspective. The reason for this action was bad futures convergence to the spot. This degrades the utility of these contracts for hedging purposes. When hedgers start losing interest in the contracts, liquidity goes down and that’s bad for everybody. Especially the soybean market has been recently under pressure and some CME Group customers started complaining about the poor convergence.

These issues are nothing new. I remember talks in the industry about storage rates in corn/soybean contracts ever since 2009 when the variable storage rate mechanism for CBOT SRW wheat was announced. There have been two opinion groups, first one advocating for the VSR regime and the second one for no change, disliking the complicated nature of the VSR. Most of the time, the corn/soybean contracts were doing fine. However, from time to time, periods of worse convergence emerged and the debate flared up again. Despite this, the status quo prevailed and CME has never taken any action until now.

The current decision is a compromise between the old rate of 0.165c and the VSR. The new 0.265c rate will definitely help balance the physical market. The long-term outlook is less certain. Personally, I consider VSR to be a better solution and maybe the CME Group will be forced to switch to it eventually. While complicated on a first glance, it has proved to be a good solution for wheat and would be suitable also for other grains. Moreover, the complexity argument is no longer valid, as you can easily plot the carry for any spread on SpreadCharts, including the running averages in the observation period.