I’d like to share with you some recent news from SpreadCharts. We’ve been working on quite a few things, but the most significant change occurred in the way we store data. We finally got rid of the last bit of SQL type databases on our data server. Some of the charts have become even faster. However, the server side processing today takes only a fraction of the total response time (others are fetching data and rendering charts on your local device), so the final speedup may not be much apparent.

The most significant feature we launched during the summer was variable storage rate model for KCBT HRW Wheat (KE). Grain traders are familiar with the fact that KE switched to the VSR regime on in March and the change was announced long before. So, we’re quite overdue on this. Nevertheless, it’s finally here, with all the VSR features previously available only for CBOT SRW Wheat (ZW).

As you can notice on the following chart, there have been two storage rate hikes since the launch of the VSR regime. So the storage rate currently stands at 0.365 cents per bushel per day. 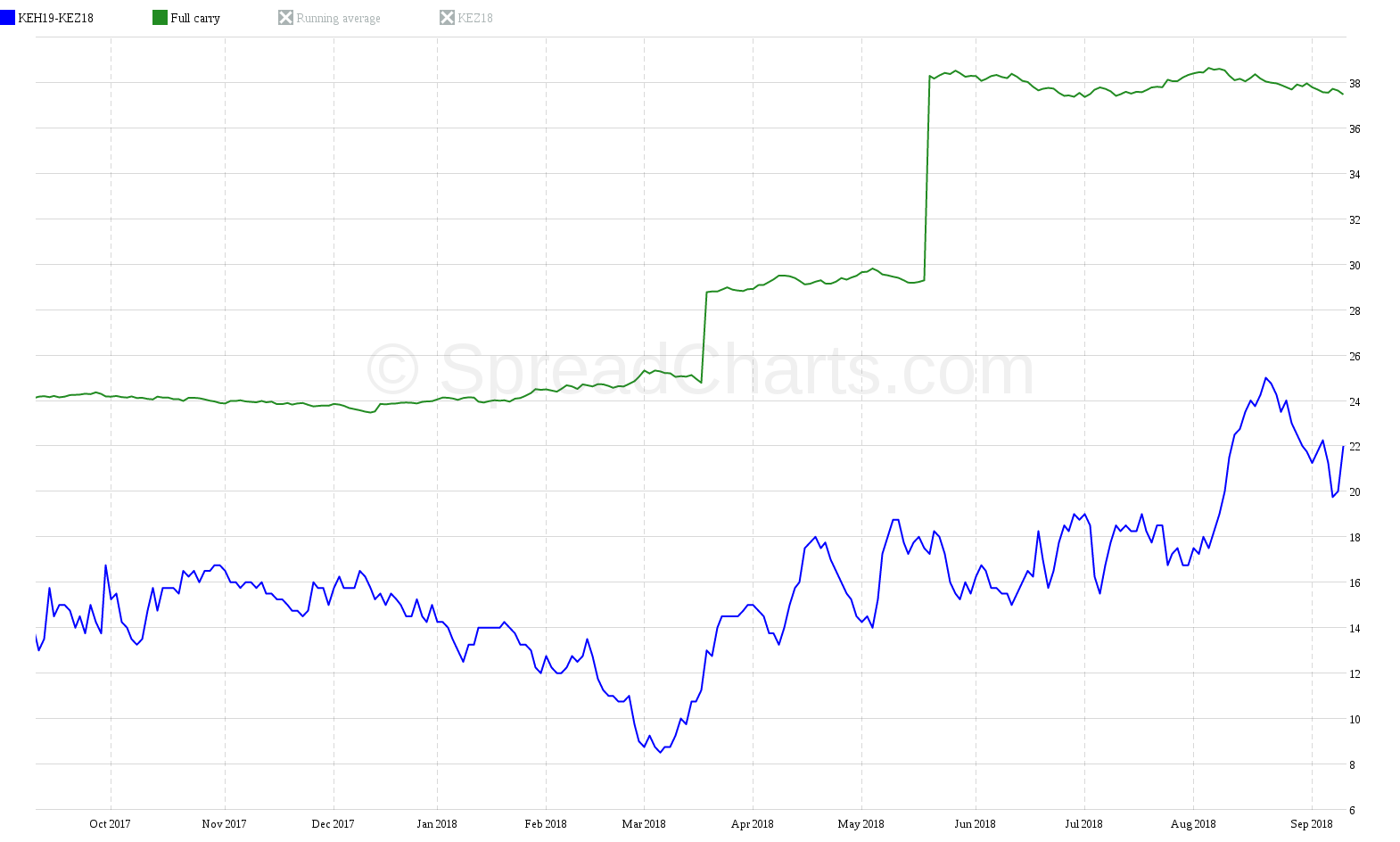 Check out also the other features like the running averages of the full carry percentage during an observation period or the valuation chart (historical ratios between the spread and full carry): 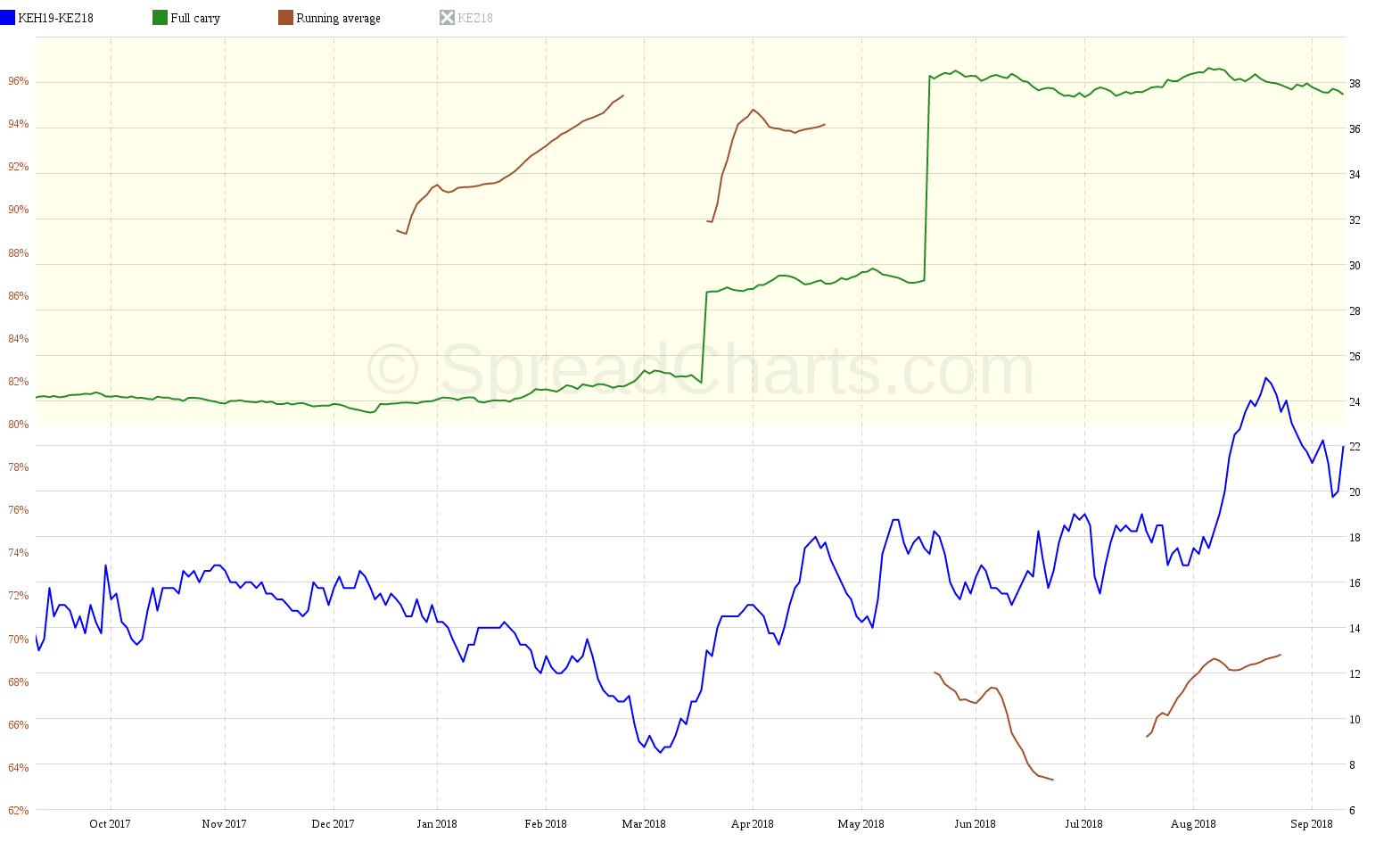 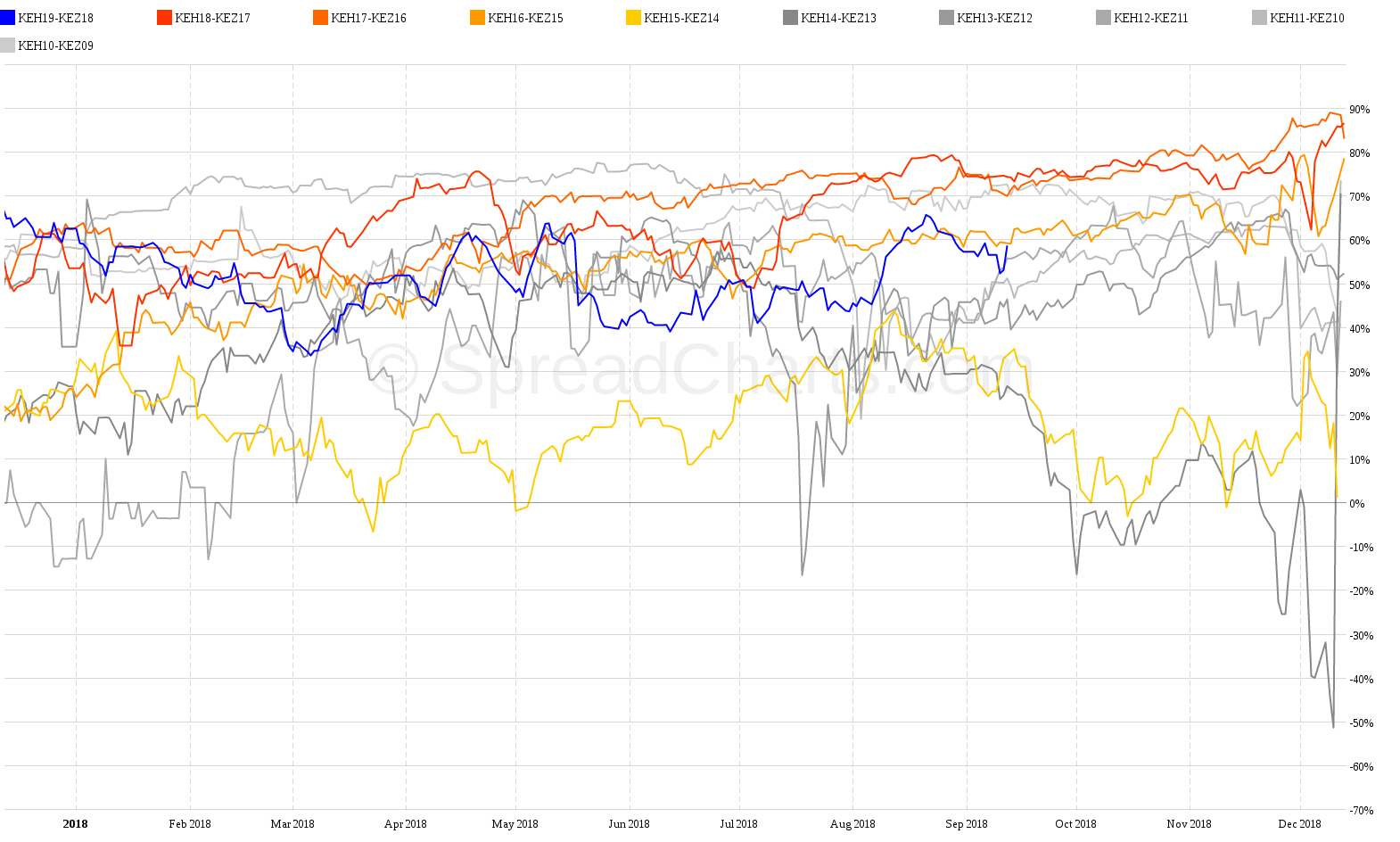 These analyses can be very helpful if you are a spread trader or a farmer considering selling the carry.