We saw a big move down in grains yesterday. That’s because USDA released their prospective plantings and grain stocks reports. Farmers want to plant more acres of both corn and wheat this year. Corn estimate is at a record 97.3 million acres against 97.16 last year. Soybeans came in at fourth highest ever at 77.1 million acres (77.2 last year) and wheat at 56.34 million acres which is a big jump from last year’s 55.74 million acres. These estimates helped to bring prices lower yesterday.

But these numbers were expected and nearly all of them were in line with estimates prior to the plantings report. The big surprise was the stocks report. Especially old crop corn stocks that came at 5.4 billion bushels. Way above the 5.03 billion pre-report estimate. Soybeans were also higher – 999 million bushels vs expected 947 million. Finally, wheat was at 1.234 billion vs expected 1.167 billion bushels. 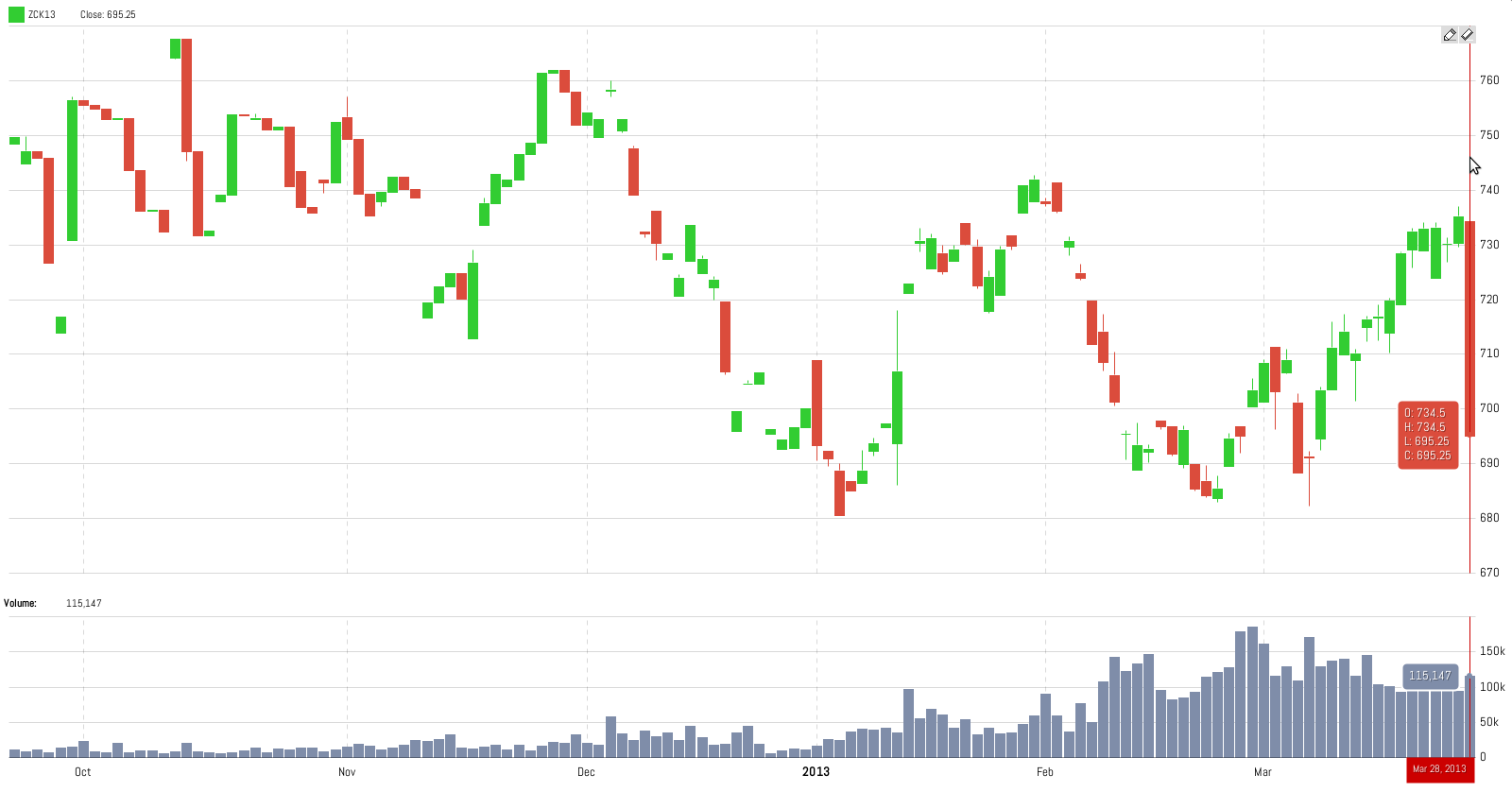 Wheat and soybeans are both down nearly 50 cents from Wednesday’s close: 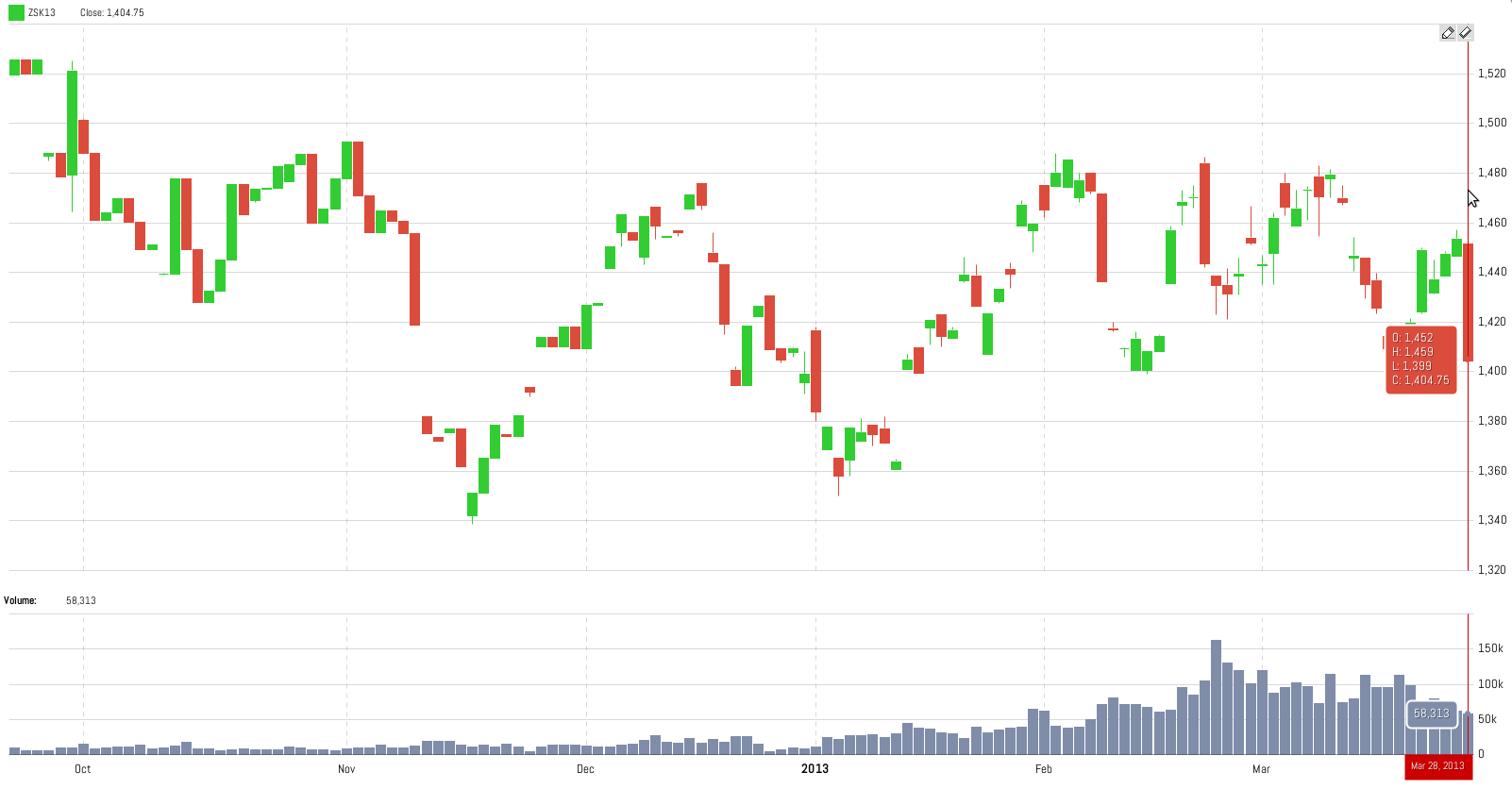 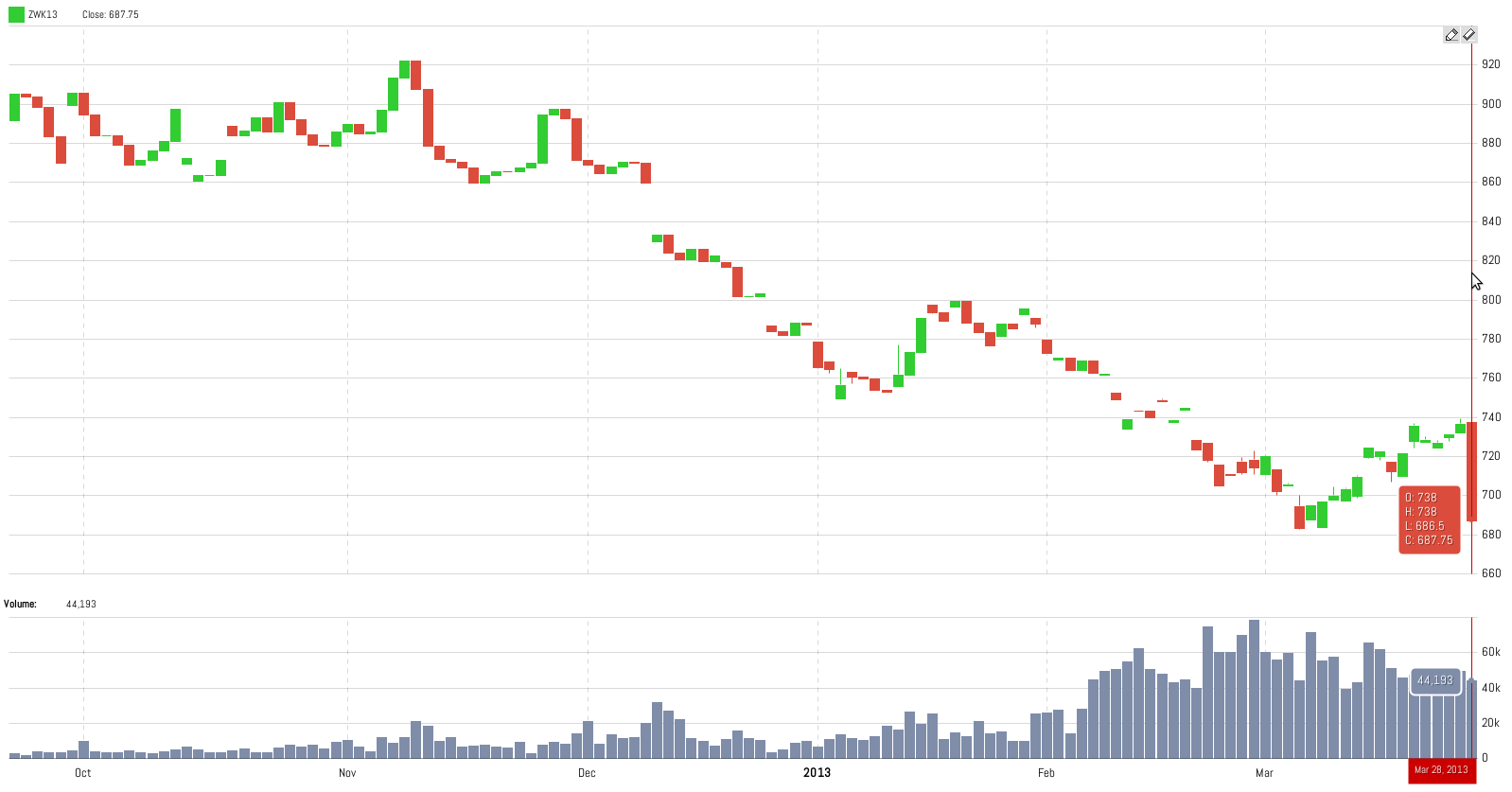 I’m eager to see what corn and especially corn spreads do next week when the markets open.