World Agricultural Supply and Demand Estimates Report (WASDE) was published last week by the United States Department of Agriculture (USDA). I’ll focus on grains only because that’s the area of my interest. So what impact did the report have? Bullish on corn, bearish on soybeans and slightly bullish on wheat in a nutshell.

The biggest change happened in corn. Predicted ending stockpiles in the US declined by 50 million bushels to the prior month. The report also showed strong US exports of the commodity. Projected ending stock for wheat in the US was reduced by 1 million bushels. Numbers for soybeans remained unchanged, which I consider a bearish factor given both US ending stocks and global production standing at multiyear highs.

Grains finished lower last week as you can see in the following daily charts for corn, soybeans, and wheat: 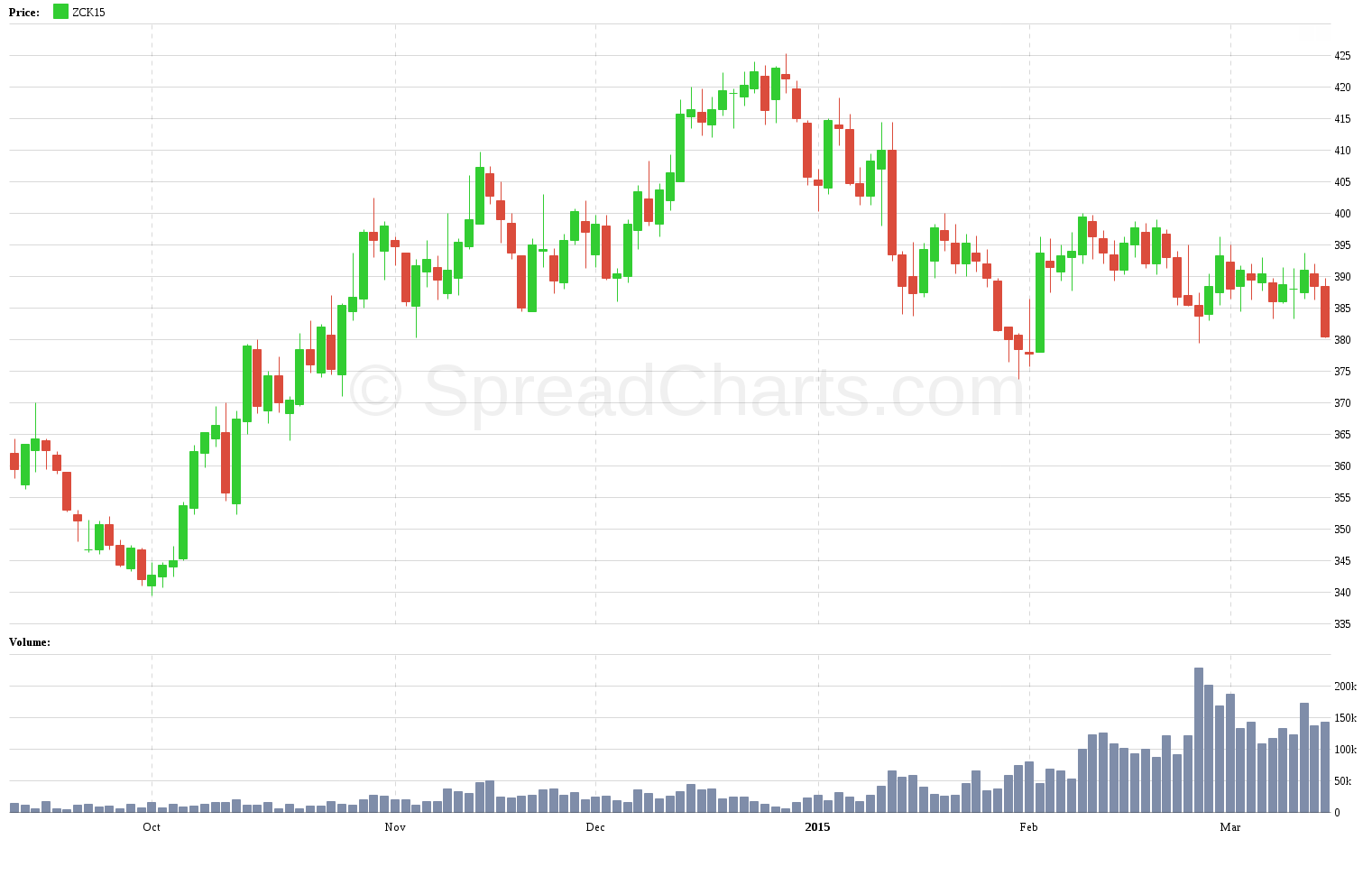 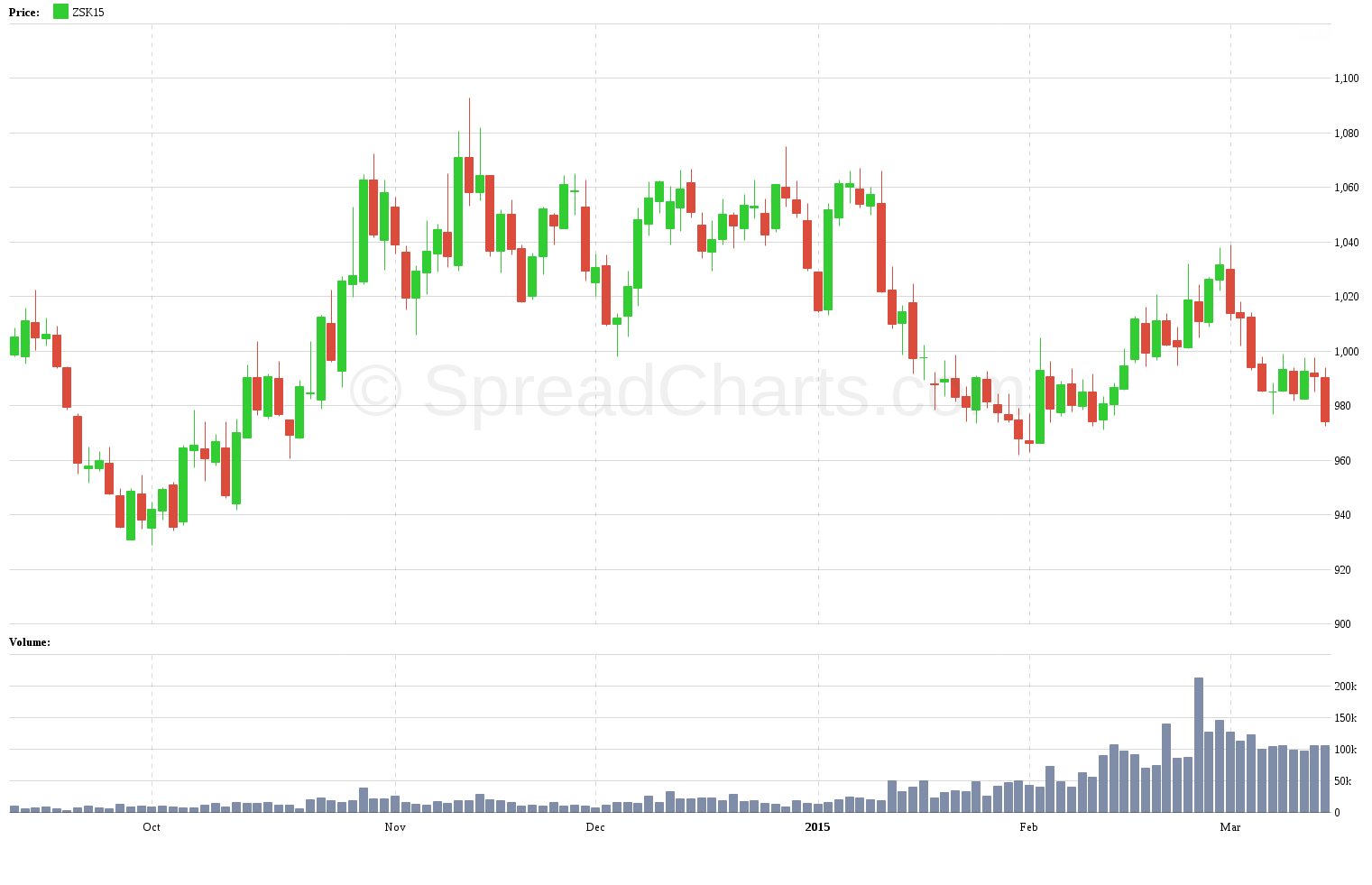 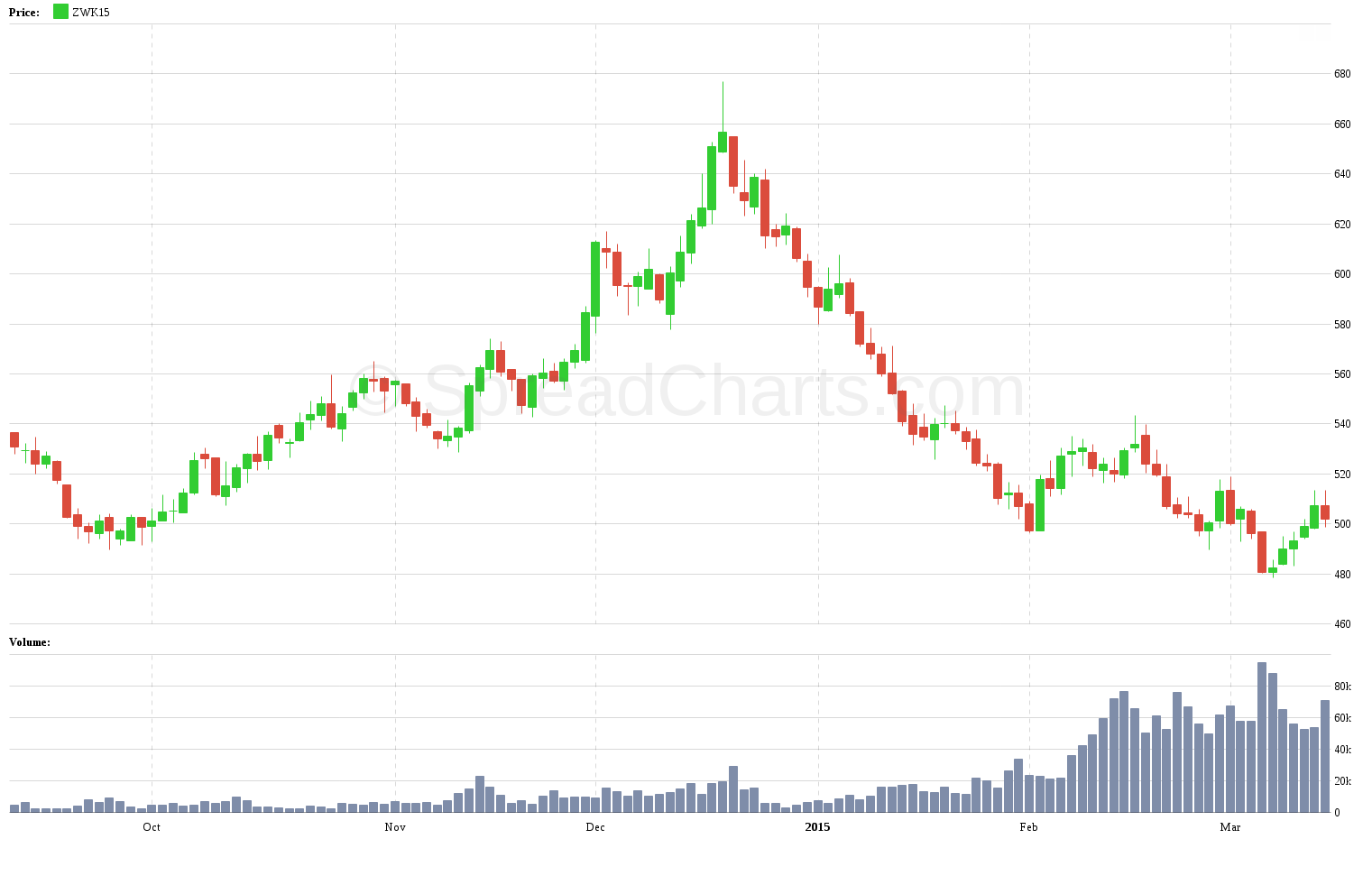 But one has to look beyond numbers to understand the grain market. There is a strong bearish pressure on grains in general due to the strong dollar reducing US exports. Despite the numbers being bearish for soybeans, the fact is USDA has underestimated final soybean demand in this report every year except 2010/11 since 1990. That’s the reason I’m watching selected soybean bull spreads for a quick trade. There are also some rumors circulating about soy field flooding in Argentina and a ban on a second soybean crop in Mato Grosso (top producing Brazil state). On the other hand, there are still reasons to remain bullish on corn and bearish on soybeans from the middle-term perspective. I suspect low corn prices will force farmers into planting soybeans instead of corn. This effect has been observed many times before. My theory is supported by the situation in the physical market. While the basis in corn has come through impressive gains since bottoming in October, basis in soybeans is weak due to large stockpiles.