Did the crude oil surprise you?

On October 18th, we sent an email alerting all of you about the chain of events about to happen in crude oil. Our message was clear: “Crude oil will surprise you”.

If you compare the current mood in the energy markets with October, I think you’d agree it’s been a huge surprise.

Our premium subscribers received more than just this email alert. We made a premium analysis for them in which we concluded that after a short-term consolidation, the price of crude oil would break higher. That sounded crazy in October. Everybody was expecting the oil to at least retest the strong support at $30 on WTI, maybe even move to the $20s. The entire energy market was outright hated back then. 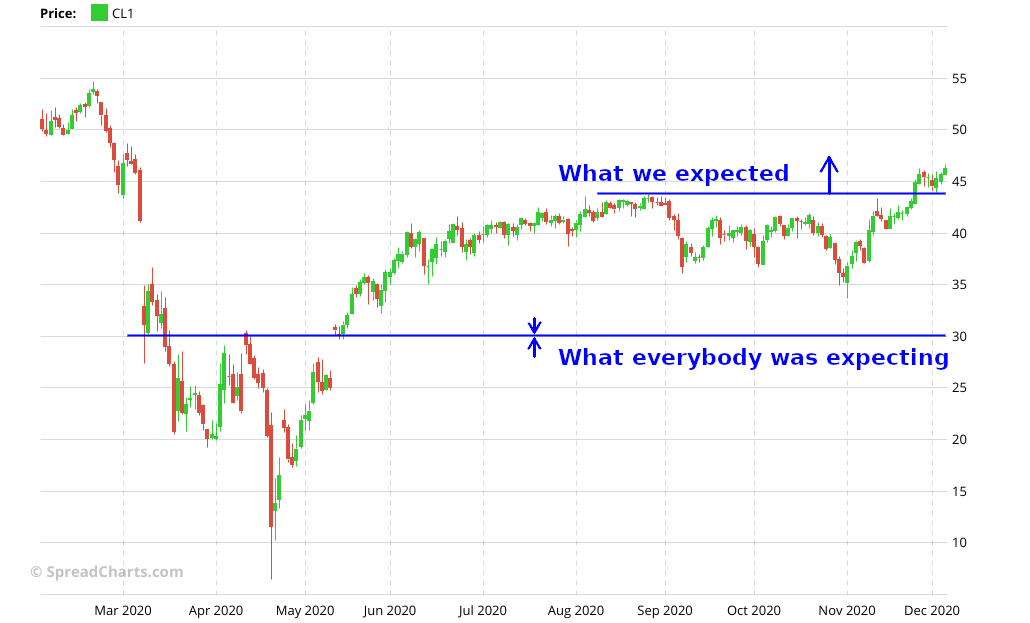 As it turned out, we were spot on. We decided to release the analysis from October for free. Although it’s no longer relevant for trading purposes, it still has a significant educational value. In other words, watching our thought process can help you spot another such turnaround in the future.

You are probably interested in what comes next. The short-term prospects are inherently uncertain because of the three effects that are hard to predict at this time:

In the long term, however, we think the outlook is clear. Expect higher crude oil prices and uptrend in energy equities.

But we always prefer a quantitative approach rather than blind assumptions. Unfortunately, crude oil is a complex market, and the full analysis is beyond the scope of this article. But if we have to pick just one chart, it’s the following one. 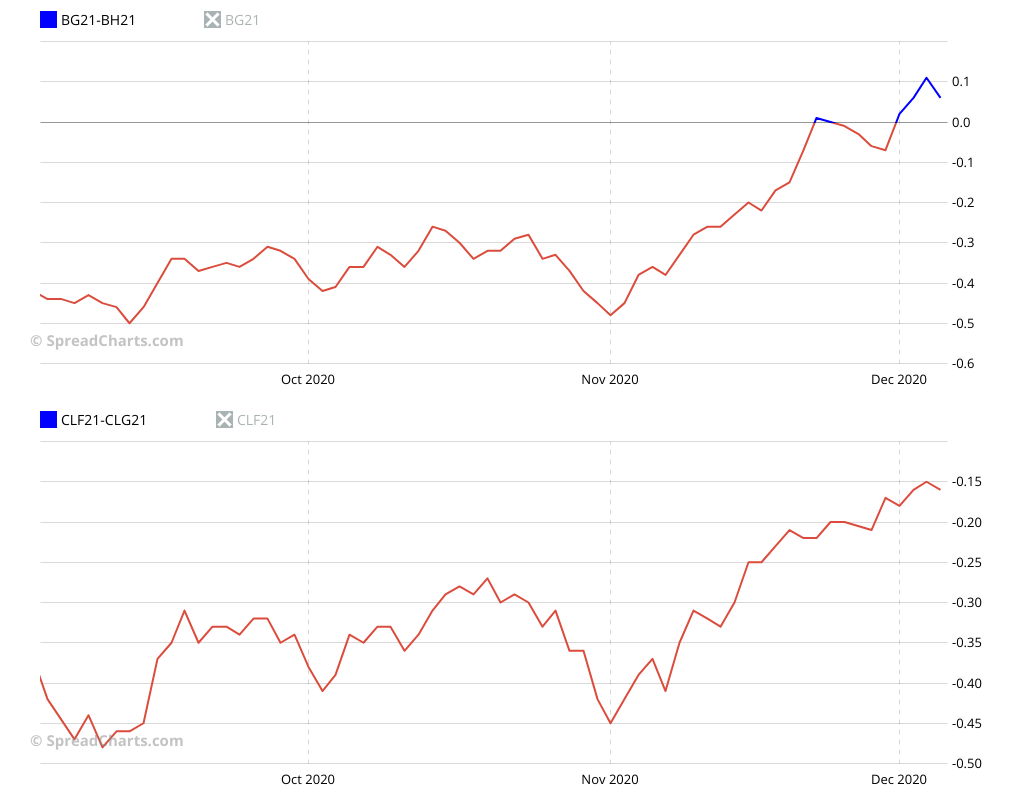 It shows the nearest bull spreads for Brent and WTI crude oil. The Brent has already flipped into backwardation (above zero on the chart), and that’s bullish. Ignore the short-term noise and focus on the state of the market. You want the Brent to stay in backwardation and WTI to flip too eventually. As long as this is true, the market will be strong. If we flip back into contango for whatever reason, there might be an intermediate pullback. Of course, the backwardation will eventually reach extreme levels and become a contrarian indicator, but this is months or more likely years away from now.

What’s the best way to exploit this long-term opportunity? We made another analysis at the end of October, in which we revealed two industries from the energy sector that will benefit tremendously.

A new research video is on https://t.co/j2kBYXIYSv📊

Value stocks have never been cheaper in this century. You all know that.

What you might not know are the two industries that will likely outshine all the remaining value plays this decade.$IVE $EFV $XLE $XOP $XLF $XLI pic.twitter.com/cIARPcEfB5

We will keep this analysis just for our premium users because it’s a long term opportunity that is still valid. Btw the shares of the companies from one of those industries are up by 50% since our call…so it pays off to follow our premium research 😉

What industry is it? Let’s find out in the Research section of the SpreadCharts app. Subscribe in the app or on our website if you want to stay ahead of the crowd.