Two losses with a smile

Have you ever found yourself smiling after a trading loss? That’s exactly what has happened to me recently. Maybe you think there’s something wrong with me when I smile after losing a trade. But believe me, I have a good reason for it. Today I will explain why.

Losses inherently belong to trading. None of us have a crystal ball. But what we all have in common is the ability to properly manage the risk. I consider this to be the strongest weapon we have, stronger than any analysis or indicator. Today, I will show you my approach on two recent examples – live cattle and cotton.

I held the position for a few months, and it was briefly showing a few hundred dollars profit. I moved my stop-loss to the entry level, i.e. the break-even around -0.4 cents. 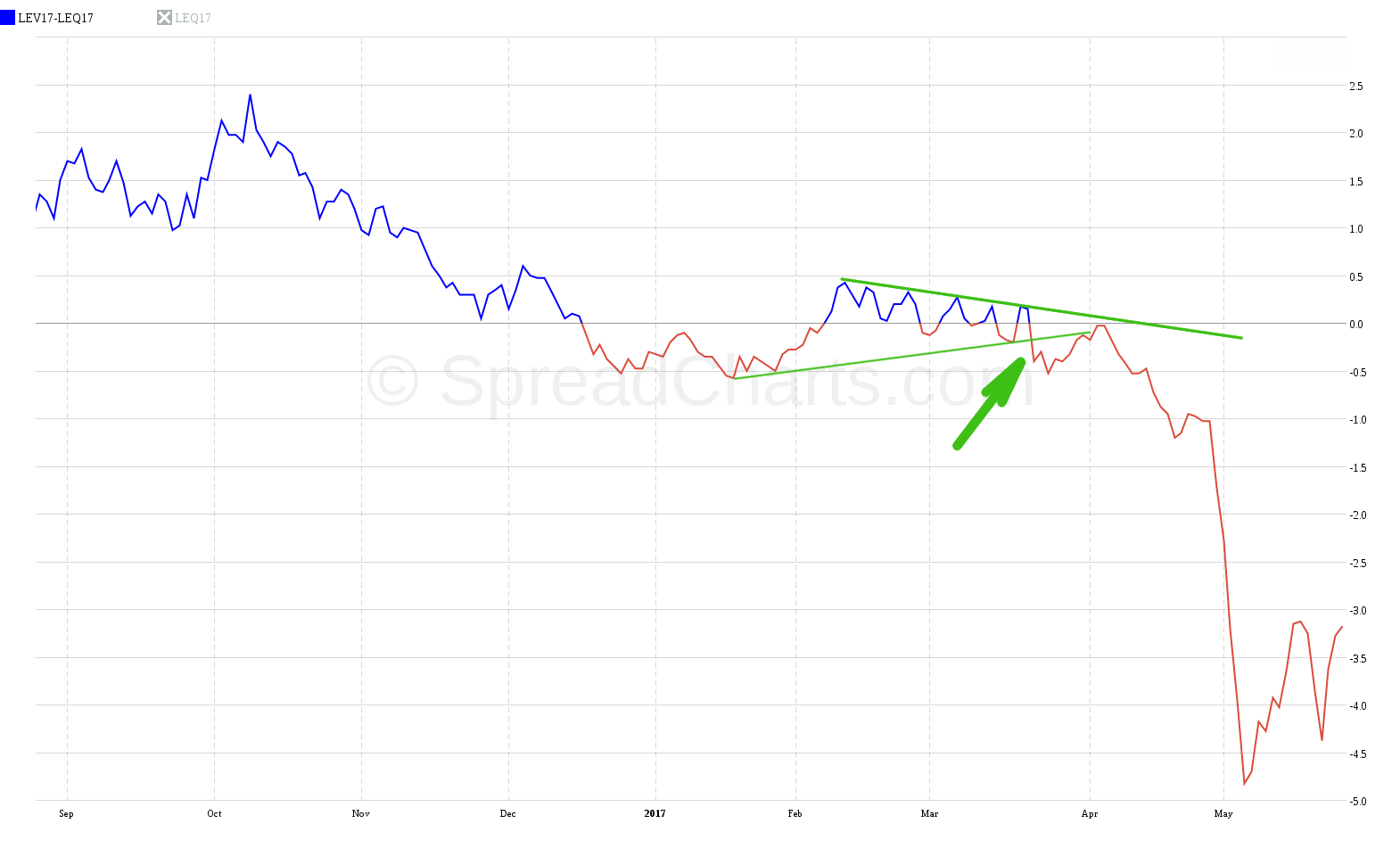 Later, the spread changed its direction and began to create slightly lower maxima. You can see them in the chart. The spread responded to the declining trendline almost exactly. The refusal to break through resistance at the trendline was the first sign that something was wrong.

Another warning sign was the movement of the underlying commodity. The price refused to decline and there was a chance of a breakout above 120 cents, which eventually took place. 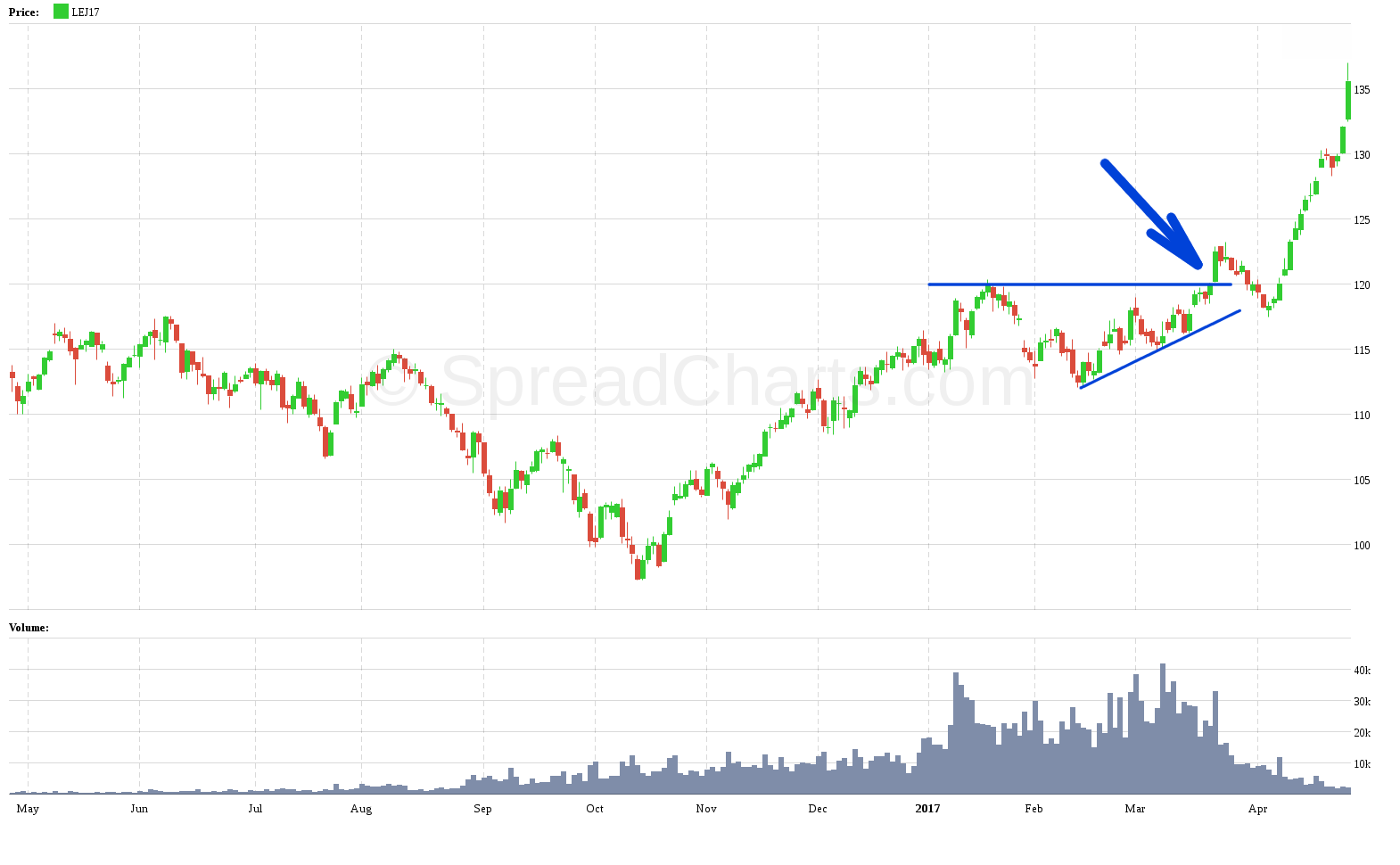 In such cases, it is necessary to take the worst case scenario into account and consider the overall risk to your account. When the spread fell to my stop-loss level, while it broke support at the rising trendline, I decided to close the position early. Although all other analyses were still favorable, my risk management gave me a clear command.

So the spread and the underlying hinted in advance that there was a possibility of an adverse move. The spread also broke another strong support at -0.5 cents. It was not something that came out of the blue. Thanks to strict risk management, I got out of the position with zero loss.

Later, when I saw the sharp fall to nearly -5 cents and a rally in the underlying, a smile came on my face. I was happy that I stuck to my trading system and didn’t let emotions get in the way.

Now, let’s take a look at the cotton market. It was a very similar situation. All of my analyses were leaning towards bear spreads. However, there was a strong uptrend in the commodity. That’s why I picked a rather smaller position to minimize the potential risk. 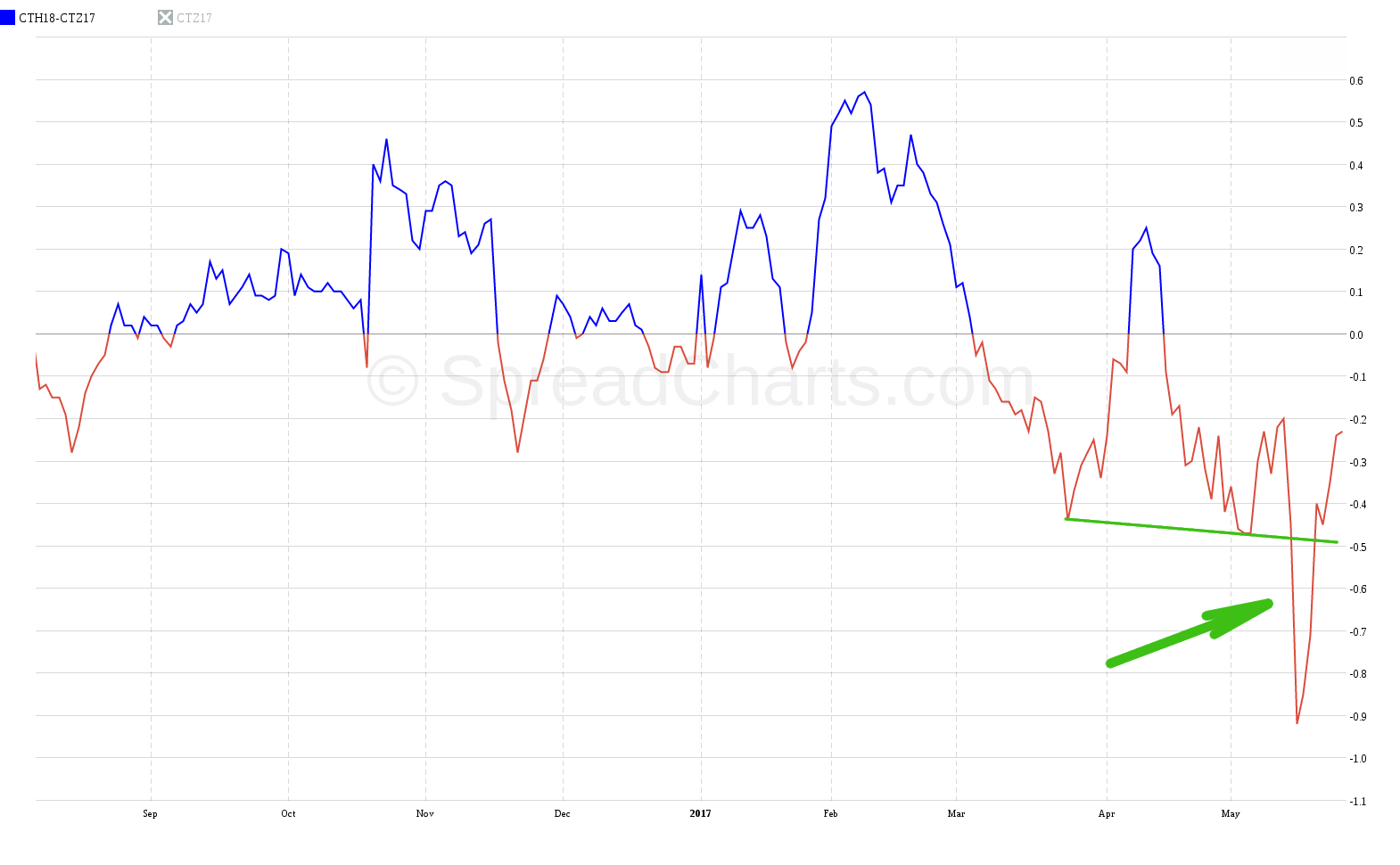 At first the spread behaved well. Unfortunately, it didn’t reach my profit target and returned to a downtrend. At that time I started to be very careful. But I still gave this opportunity a chance. Later the spread declined close to my stop-loss at -0.5 cents.

When I looked at the commodity price, I once again got a clear answer from my risk management – get out of the position. The underlying refused to decline, clearly responding to the rising trendline and hovered just under 80 cents. The risk in this opportunity had increased considerably due to the potential breakout of the strong resistance. The whole market seemed to be like a compressed spring. 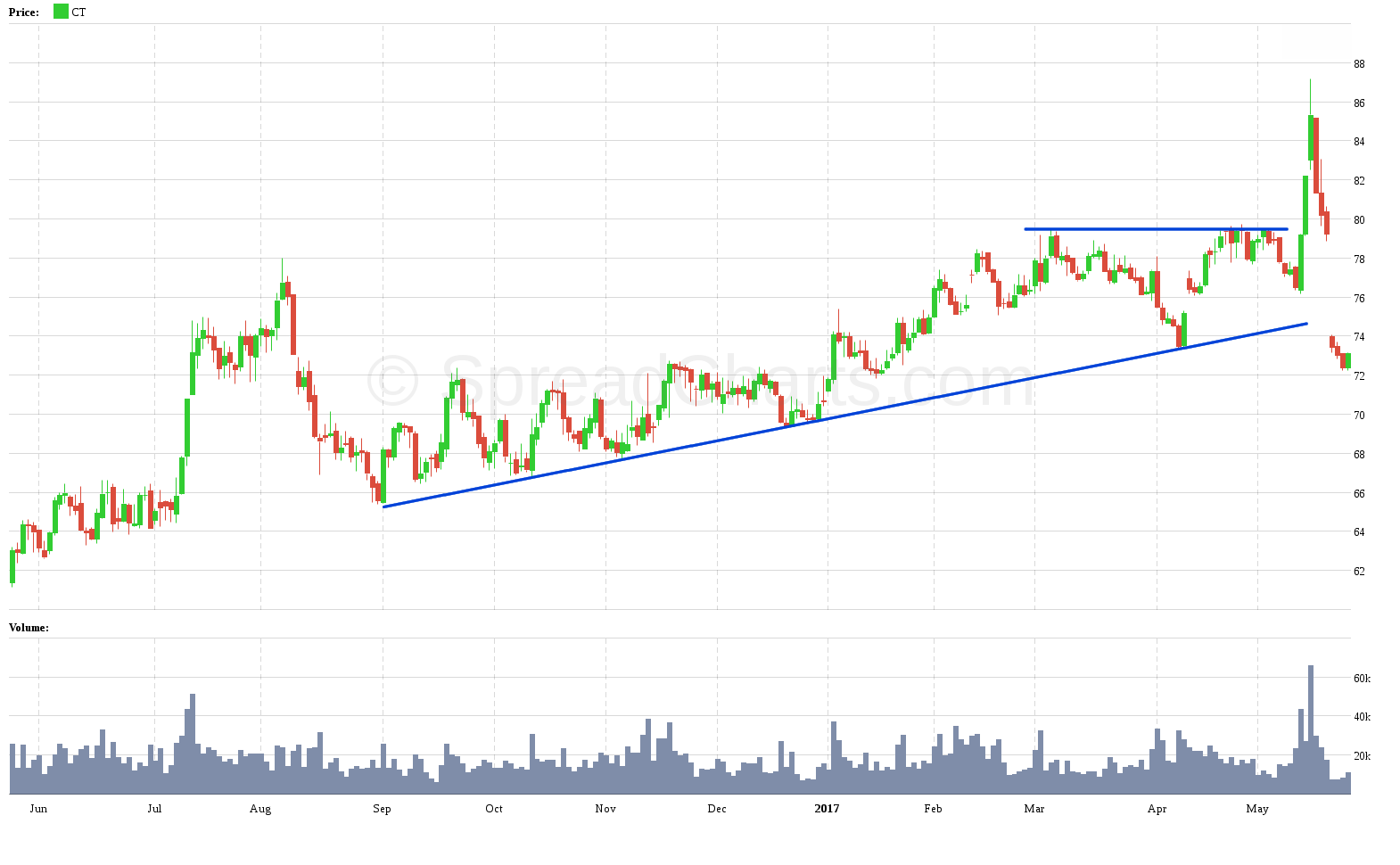 My loss wasn’t big, just under $100. But when I later saw the sharp drop to -0.9 cents in a few days, I had to smile again. I was very happy for my loss. Even in this case it was possible to sense a sharp move was imminent and, if not completely, at least partially avoid it.

You can guess why I had reasons to smile. If I didn’t listen to my risk management and wasn’t consistent, my losses would be several times larger.

I don’t claim it is always possible to read the market perfectly. Sometimes a big loss does happen. The point is, we can often reduce the risk to a minimum and improve the overall risk/reward ratio, and that’s probably the most important thing in trading. The majority of people lose money not because they have too few profitable trades, but because they don’t control the losses, which eventually eat all of their profits.