Profit from the state of the market

Today I will write about a fact I have realized over the years. Most of the traders and investors are used to trade an event. For example if you expect the price of some commodity to go down, you would open a short position. However it’s not as simple in practice.

Take the corn as an example. In the beginning of this year, we expected the corn to go higher with a target price of $4 for the July contract. We planned to make use of this upswing to build a position in bear spread from the new crop. You can verify all of our predictions in the historical issues of the Spread report. Overall, we were right and the price had reached the $4 handle around March 2018. 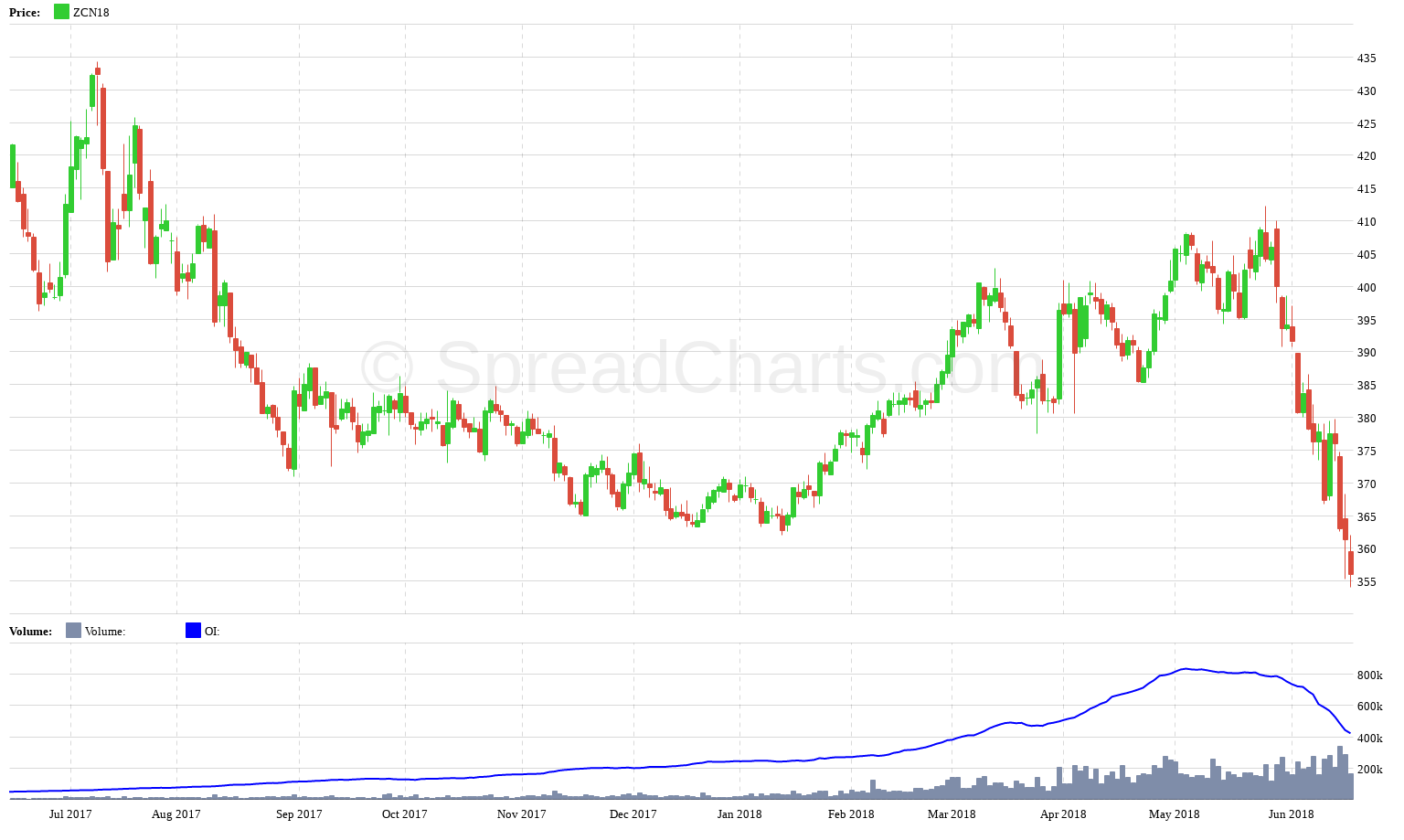 The run-up in price was caused mainly by adverse weather in the US which delayed planting. I knew the US farmers are among the best in the world and I expected them to eventually close the gap in planted acreage. I was proven right. 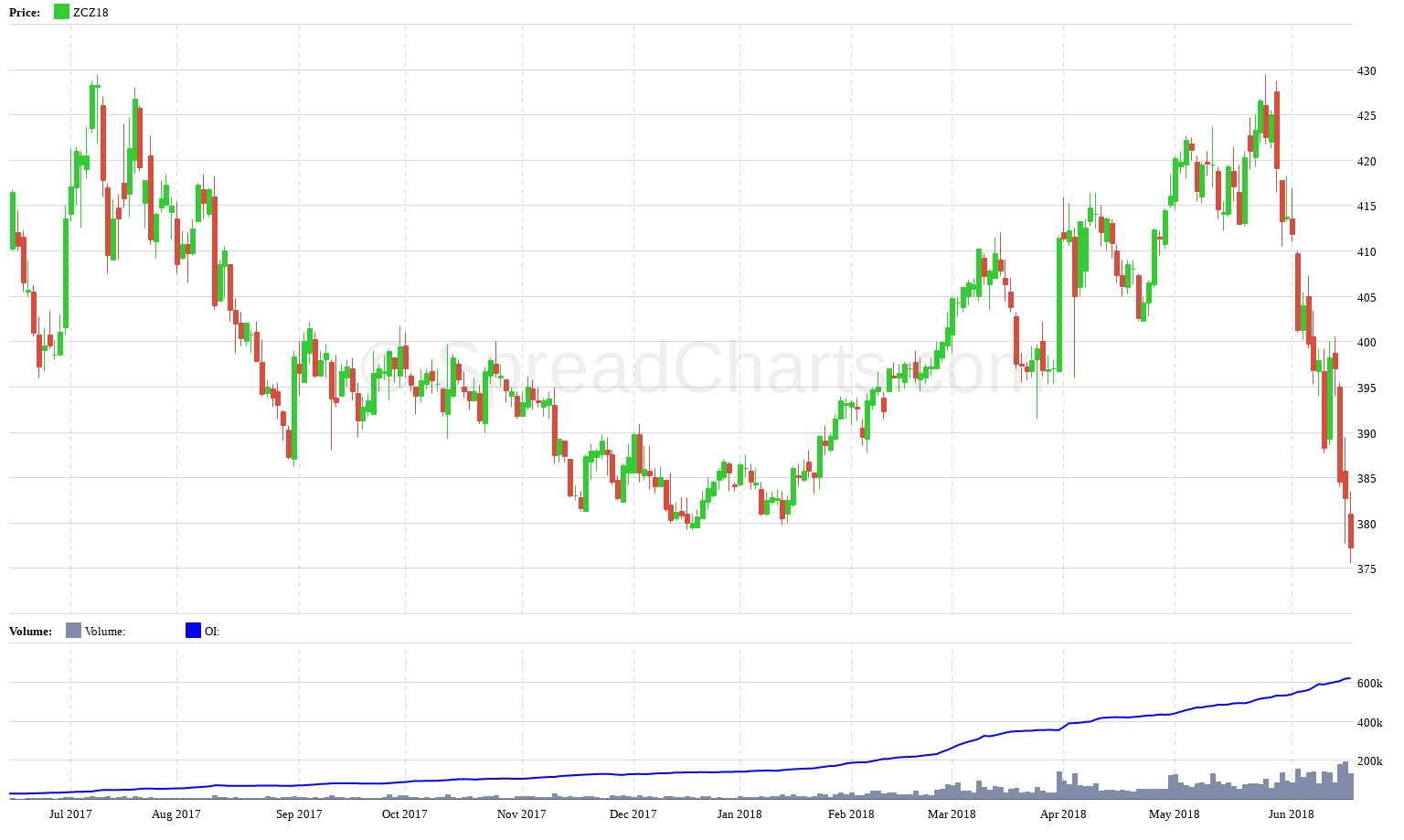 It would be quite a painful ride, should we went short in March. This brings me to the point of this article. If you trade an event, you have to be right nearly about everything, not just the market situation. Your timing has to be perfect, which is not always the case. You can enter too early (like we did) or exit too late. Nobody can time the market perfectly over longer term, due to its inherent deterministically chaotic behavior and everchanging nature.

Fortunately, there is an easier way how to trade. Instead of trading the event, you can trade the state of the market! Let’s take a look at the example with corn. Instead of going directly short the December contract, we have built a bear spread position within the new crop. And as you can see on the following chart, the spread (blue) behaved much better than the underlying (purple). Despite the underlying going higher, the spread was slowly drifting into profit through April and May. 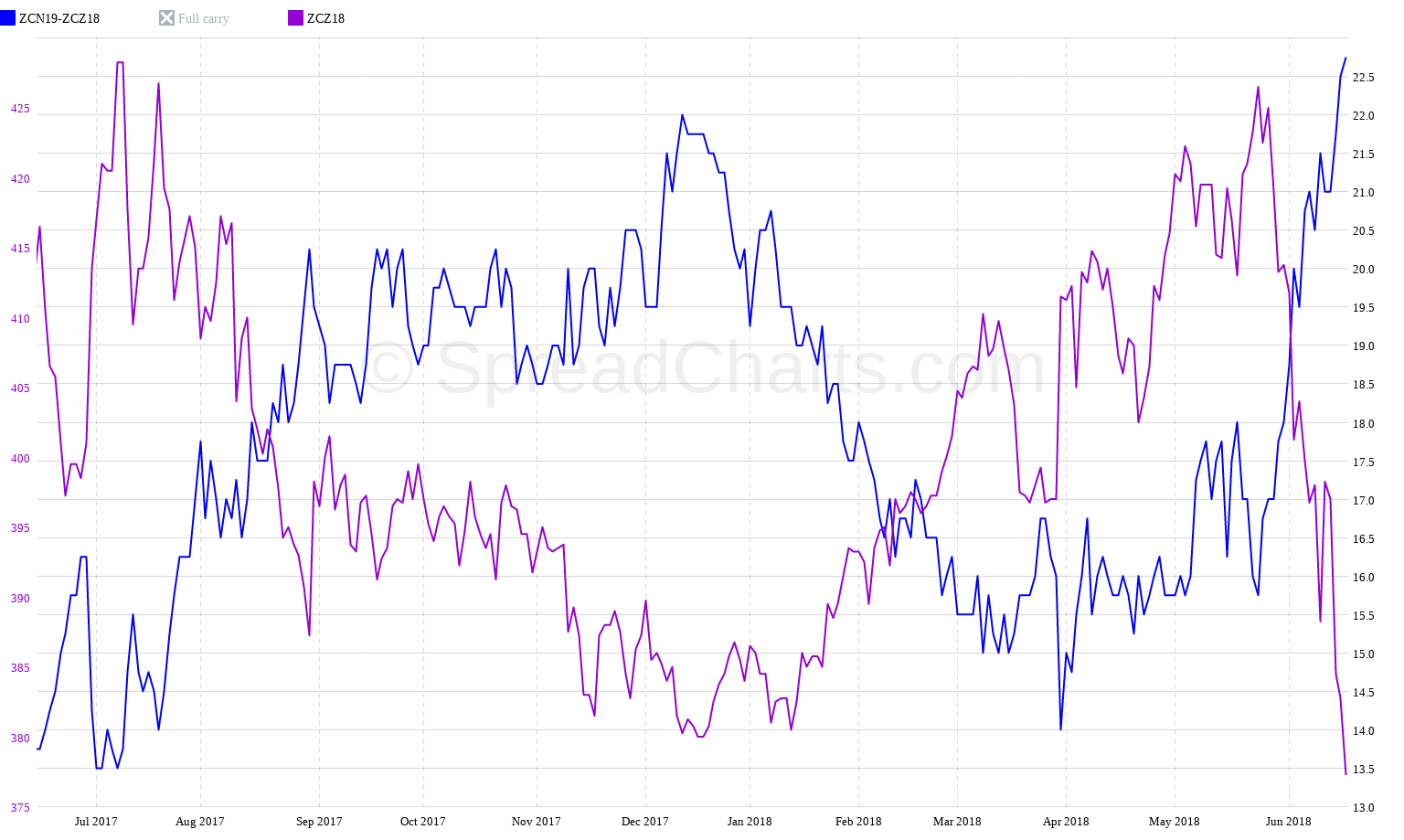 By entering the spread, the state of the market acted as a tailwind for our position. That’s because new crop was in contango, which was a common state at that part of the year. 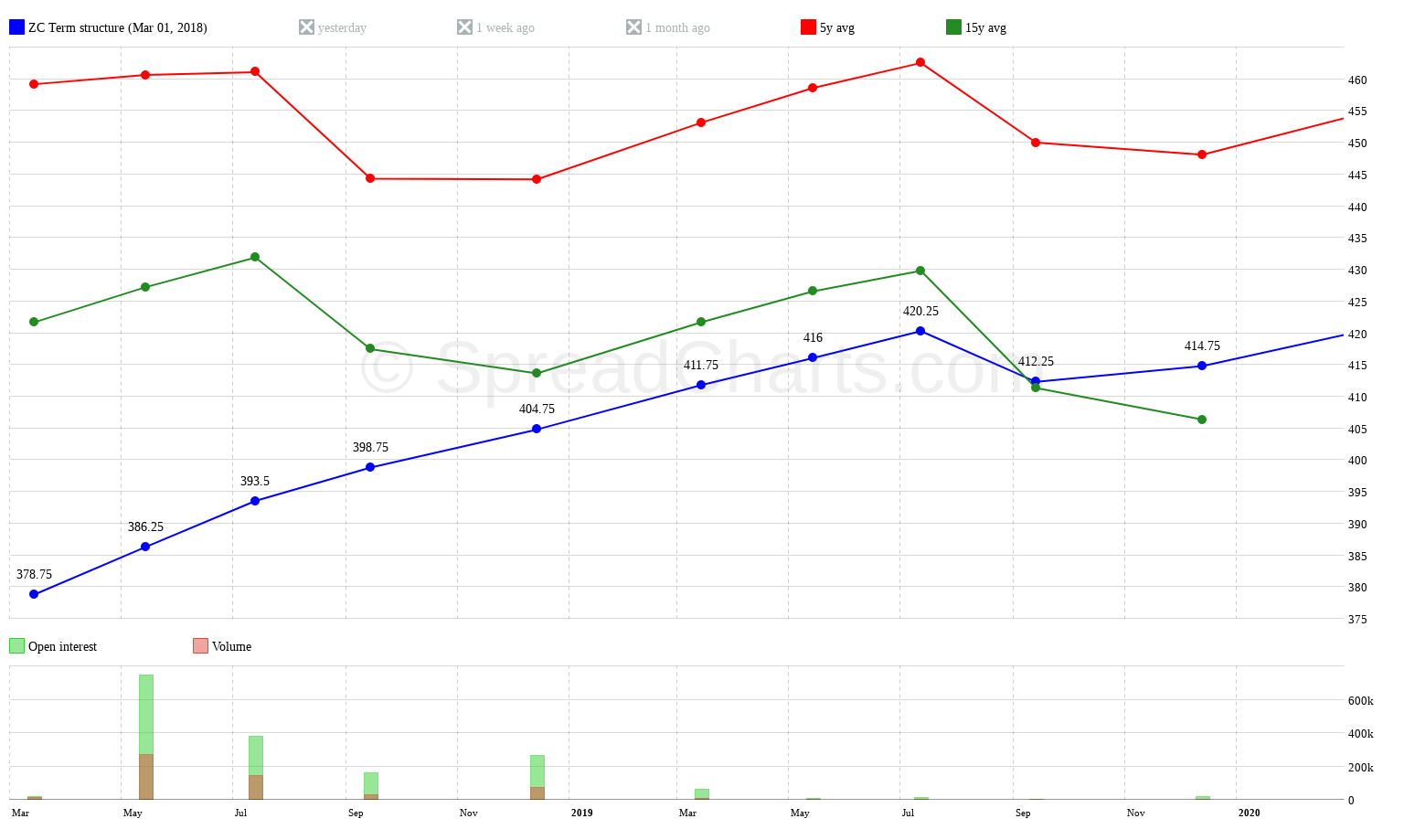 The contango was pushing our position into profit. If you play my spread reports from those times, I emphasized to ignore the near term noise and focus on the true state of the matters. Fears about the delayed planting were proven to be overblown and the market reflected this very well, as it has stayed in strong contango during April and May.

Although our timing wasn’t perfect, we made a profitable trade without paying too much attention to the timing of our entry.

We made partial exit from our position in corn bear spread on Thursday. The weather risk is slowly rising as we're approaching the summer. #ZC_F #corn #OATT pic.twitter.com/SkyjHQhaVp

Our corn bear spread reached the 40-45% level of the full carry, therefore we decided to take profit on part of our position on Wednesday. The spread still has some room for further upside based on the carrying charges analysis #ZC_F #corn #OATT pic.twitter.com/mMA4ez3BUL

We closed last part of our position in corn bear spread. There were several reasons for this. The spread was trading above 45% of the full carry, resistance at 22c, COT no longer favorable, corn price at support and approaching a more risky period #ZC_F #corn #OATT pic.twitter.com/fq9NWajDSv

Futures trading is like a puzzle. We have to put all the pieces together in order to be successful. If you know where each piece belongs, it becomes easy.

Don’t know where to start? Get inspiration by watching the Spread report. It’s a thorough biweekly analysis of the best opportunities in the commodity markets.