When the market changes, your strategy must change too

Bear spreads on Henry Hub natural gas have been a reliable strategy over the past decade. Just take a look at the seasonal curves of two popular bear spreads. 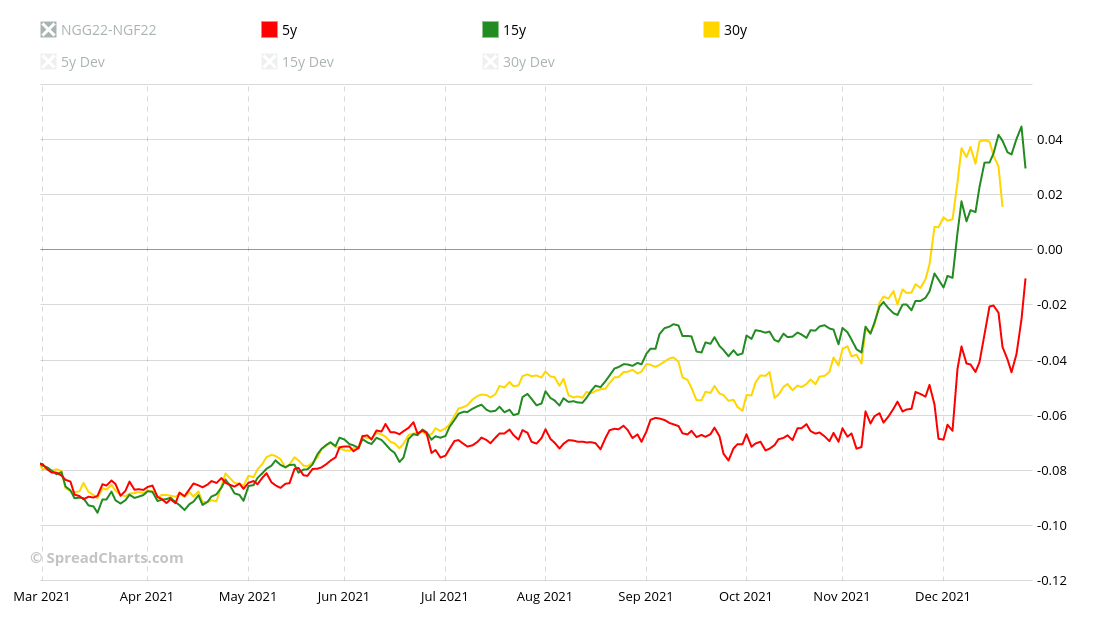 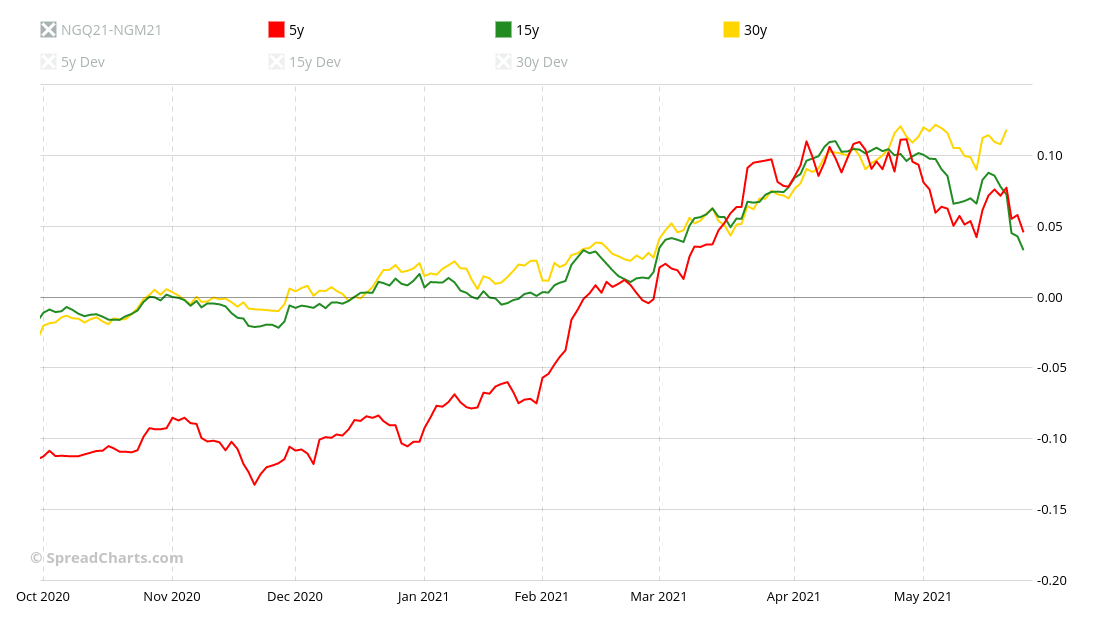 Such a nice uptrend, isn’t it? No wonder why many traders made fortunes on natural gas bear spreads.

You may wonder what was behind this strong seasonal effect. It was the extraordinarily strong and frequent contango on NatGas. The proof is on the following chart that visualizes the contango between the 2nd and 3rd contracts. Notice the statistics in the top left corner. The market was in contango 83% of the time over the past 20 years. Incredible!

I skipped the first (front) contract month as it is quite noisy. Nevertheless, if you do the analysis on your own in the SpreadCharts app, you will get an even higher value between the 2nd and 1st months.

The cause of oversupply

Ok, that’s nice. But the strong contango is the consequence and not the cause. So what’s the reason? While there were several effects like mild winters in the US (with a few notable exceptions), the most important cause was the supply explosion in the US. The emergence of fracking in the 1st decade of the 21st century in the United States unlocked vast natural gas deposits. Moreover, most of the gas was produced as a byproduct of crude oil drilling, leading to supply inelasticity as oil drillers didn’t care about the price of natural gas. If you couple this with finite storage capacities and virtually nonexistent means to export the gas (except for Mexico and Canada), oversupply and rock bottom prices were the only possible outcome.

But everything must come to an end. As we explained in our article about coffee, the cure for the low price is even lower price. And the natural gas market is no exception. In spring last year, we released a premium video analysis titled “Things are about to change in natural gas” where we outlined our bullish thesis for natural gas. That sounded crazy back then. However, after the Texas winter storm and sharp turnaround in global LNG prices, even the broad market realized the market is beginning to change.

Adapt, or you will lose money

Let’s take a look at how those two bear spreads mentioned at the beginning of this article fared this year. 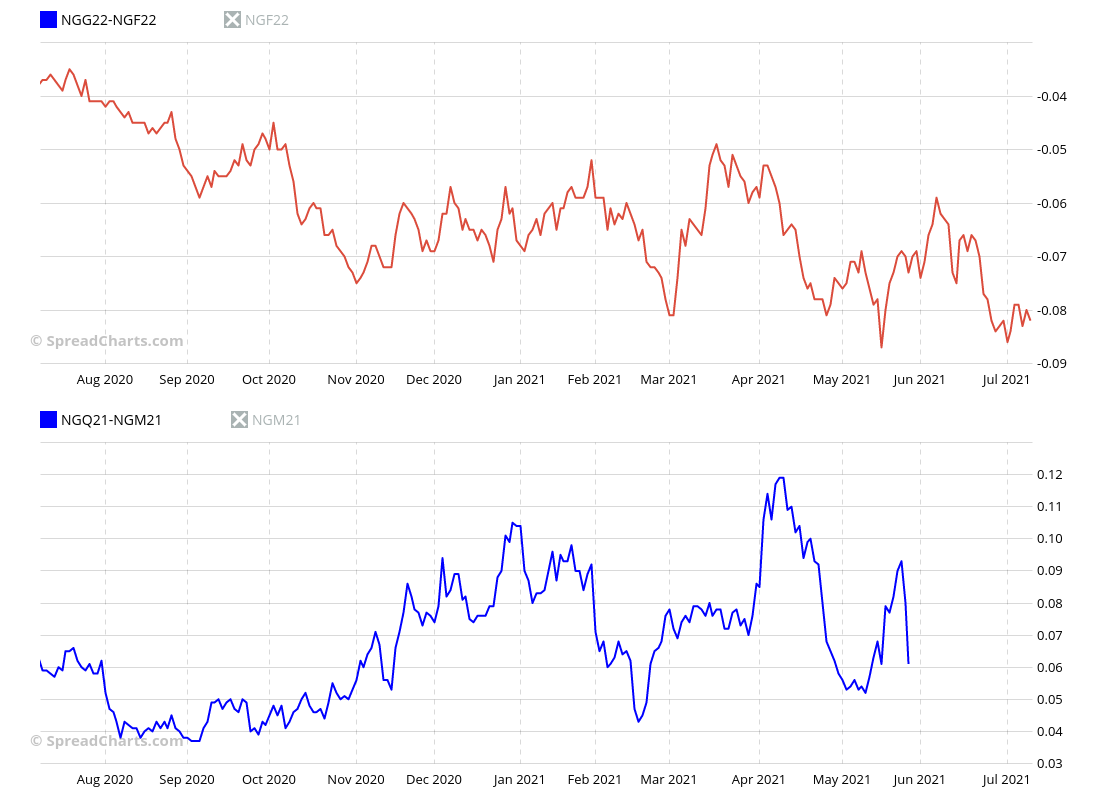 Not so nice anymore. We can call this a sideways action at best. And it happened right over the great seasonal period. The seasonality obviously failed, like it did many times before. So is it time to thrash those spreads? Not necessarily. They can still be useful, but the overall strategy must be different. At the end of April this year, when the crowd still had high expectations for these spreads, we revealed how we would trade natural gas in the upcoming period. And while a bear spread was a part of our hedged strategy, it was not the only part. Our strategy changed because the market has changed too. While the spread itself went basically nowhere since then, the 2nd component in our strategy made over +30% since then.

Want to learn our strategy? Then you have a lucky day as we decided to reveal it today for free. Enjoy the video and if you don’t want to miss such an opportunity next time, subscribe to our premium research.