We used to have two types of seasonality charts in the SpreadCharts app. The seasonal averages can give you a quick overview of the seasonal trend and stacked seasonality is great for a more detailed analysis. Today, we’re adding the third type – seasonality by month.

A picture is worth a thousand words:

The chart shows how many times (in percentage terms) the contract/spread moved up in each month over the past 5, 15, and 30 year periods. Let’s focus on the red curve for example. Its value in August is exactly 0% which means the December corn contract has moved higher in August 0 times out of 5 last years, i.e. it the price has fallen in August every time over the last five years. That’s a pretty strong downward seasonal tendency. If we move along to September, the line jumps to 60% meaning the price increased in 3 out 5 past which might look like a slightly positive seasonal trend. However, the 30-year value for September (yellow) stands just at 30% which means the price moved higher only in 9 out of the past 30 years. 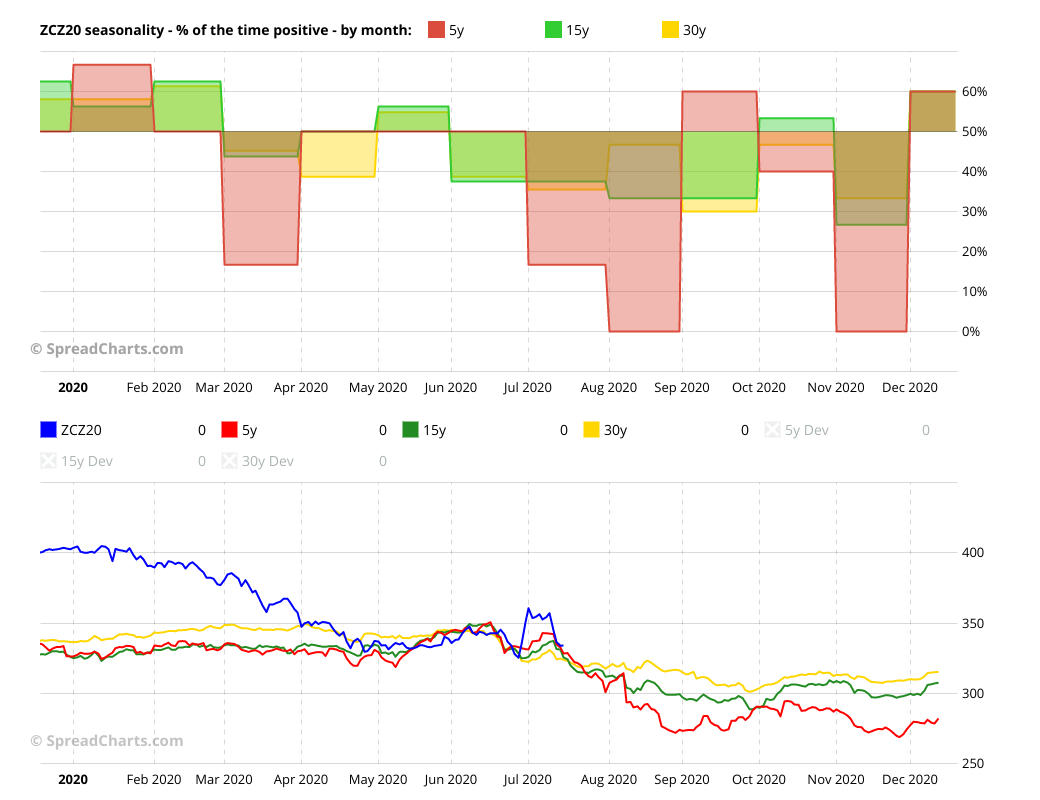 It can be a good complement to the averages or stacked seasonality chart. Speaking about the averages, we decided to add a 30-year average in addition to 5 and 15 years, so that it matches the new seasonality chart by month. I personally think the 30-year period is too long and many markets fundamentally change over that time, making the old seasonal trend irrelevant (imagine the natural gas market before fracking for example). However, that’s a matter of preference and we will leave it up to you to decide which period is the most relevant in every market.

Posted in Announcements and tagged Seasonality