Today, we are adding new data for a crucial energy market to the SpreadCharts app. It is Oman Crude oil that trades on Dubai Mercantile Exchange.

I was personally very interested in getting this data. If you follow our research, either in the premium version of the app or on our Twitter, you know that energy is one of our favorite groups of commodities. And our users have benefited tremendously from our expertise both in oil and gas. 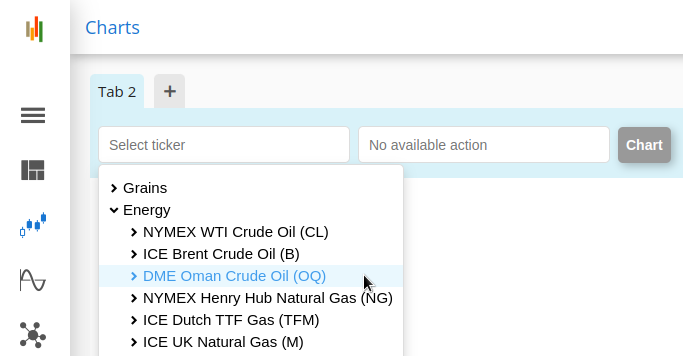 Crude oil is the top energy market globally due to its intrinsic properties. It’s a concentrated form of energy that’s easily transportable.

While natural gas can also be transported across continents by LNG ships, the liquefaction, shipping, and regasification process are much more costly. Therefore, NatGas makes the best sense if you have pipeline infrastructure connecting the production with demand. Storing NatGas is also complicated due to its gaseous state.

Crude oil, on the other hand, is easy and cheap to transport and store. But not all crude oil is made equal. There are different types of oil measured by their density and sulfur content. Refineries are tooled to process specific crude blends to optimize the output of different products like gasoline, diesel, or kerosene. For example, US refineries are set up to process more medium to heavy crudes due to their historical reliance on this type of oil from the Middle East. Conversely, less complex refineries in developing countries might prefer light sweet crude oil.

The point is that in order to assess global supply/demand, following just the WTI crude oil that is popular among retail traders is not enough. We already had the seaborn Brent in addition to landlocked WTI data in the app which provided our users a good coverage of the market. Today, we are adding the Oman contract representing the Middle Eastern crude oil with different physical qualities to Brent and WTI, as described above.

While there are other crude oil benchmarks in the Middle East (see the map above), Oman’s contract position is unique. It is the world’s only sour physical-delivery crude oil futures contract. Its popularity has been reflected by all the major Persian Gulf producers who use the Oman contract as part of the pricing structure for their oil, totaling some 5.5 million barrels per day. 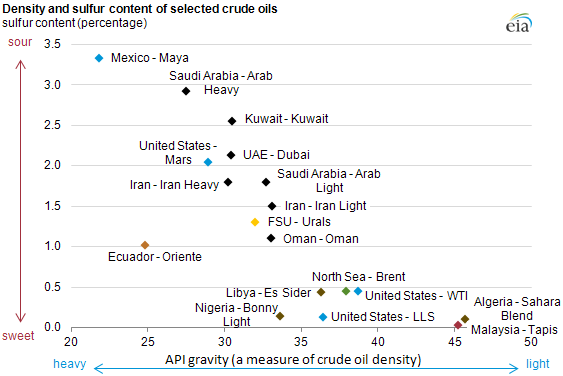 Moreover, this contract is more sensitive to Chinese demand, which has been game-changing over the past decade. Although it’s been somewhat replaced recently by the discounted Russian oil after the war in Ukraine started, this is unlikely to last. The Middle East will most likely remain the dominant Asian oil supplier. China is on its way to becoming the world’s largest oil refiner, increasing the Oman benchmark’s importance even further.

SpreadCharts’ users will not be left behind and can follow the Oman crude oil price every day. Personally, the term structure will get the most of my attention. That is no surprise to you if you know our analytical approach. So, in addition to WTI and Brent spreads, we can now watch the Oman crude interdelivery spreads, such as those on the chart below. 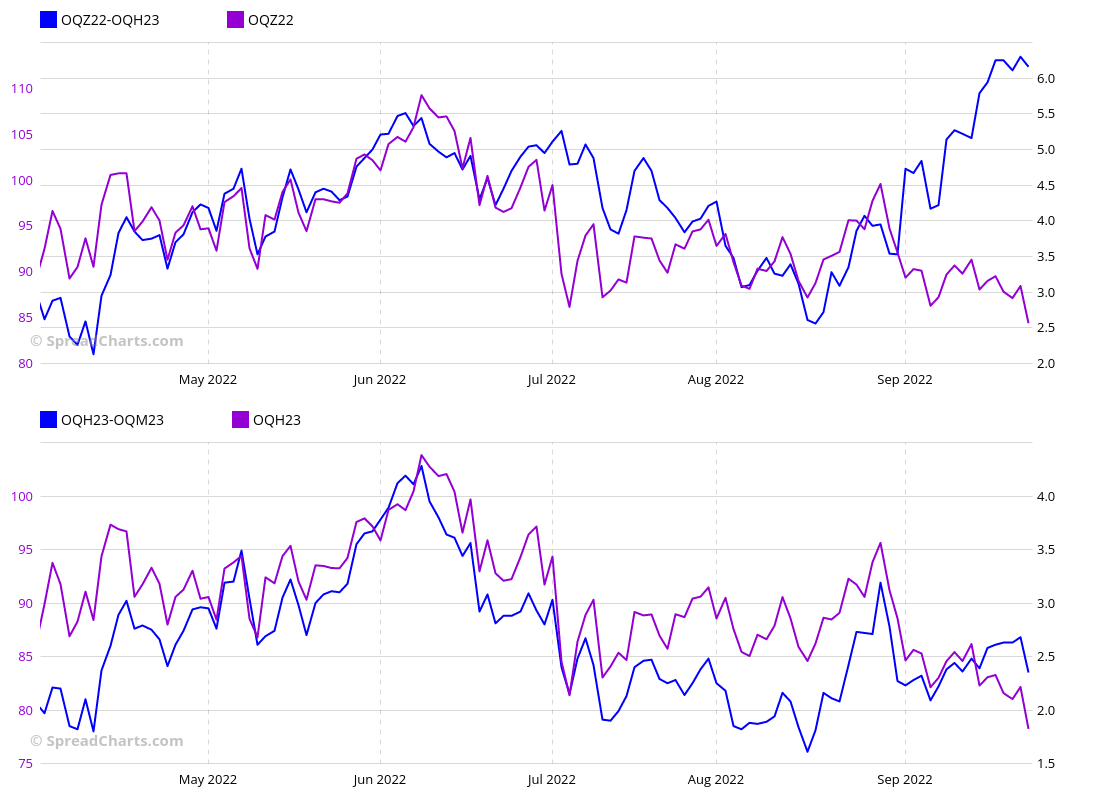 I hope you will enjoy this new data as I do. We’re attaching contract specifications below.