Commitments of Traders – the Hedgers

I wrote about COT analysis in my previous article. Today, I’ll continue with the Commitments of Traders, which is an important part of my trading approach. I mentioned big players and how they move the market. I’m going to describe who these large market participants are and how we can use their activity for our own benefit.

Large market participants are the people or institutions whose positions exceed a certain size and have to periodically report their positions to the CFTC (Commodity Futures Trading Commission). These participants are divided into several groups. The two most important groups are Managed Money (we call them just speculators in the app) and Producer/Merchant/Processor/User (called hedgers in the app) from the disaggregated report. Understanding the nature of their behaviour is key to the right interpretation of their positions. Today I’ll focus on the group of hedgers.

The name “hedgers” is self-explanatory. Their goal is not to speculate, but hedge their business against the risk of adverse fluctuations in the price of a commodity. This group is made up of farmers, breeders, processors, miners, producers, etc. Basically, people who deal with the physical commodity. They want to hedge their production or inputs for cases like a sudden shift in supply/demand, adverse weather, bumper harvest, etc.

Let’s describe the process using corn as an example: 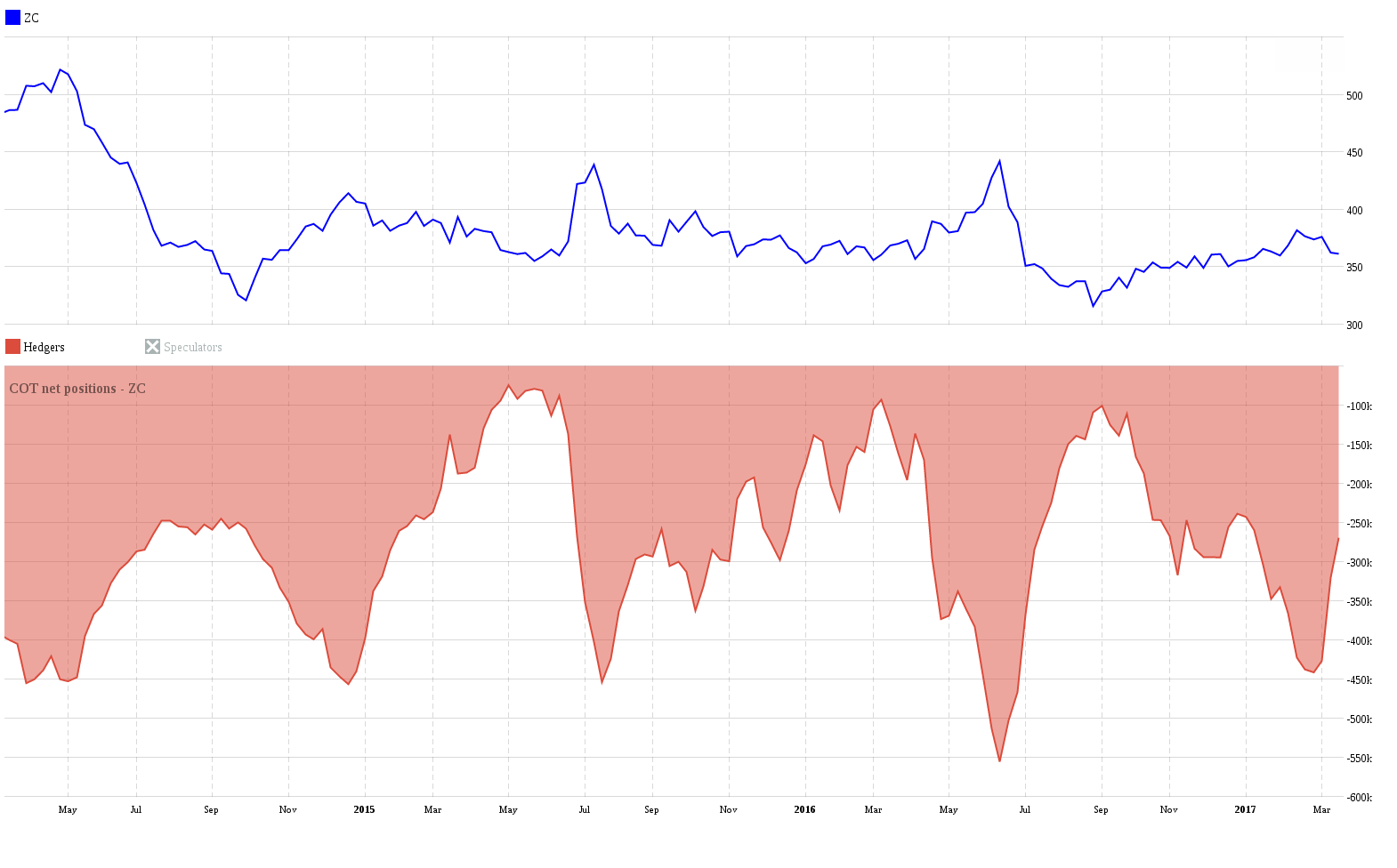 When the price of corn is high, it’s convenient for farmers to sell further out futures on corn. In doing so, they lock their future production in at the current price. Short positions of this group rise, causing net positions (long-short) to decline sharply. In a situation when the price of corn is low, it doesn’t make much sense for farmers to hedge their crop. They’d rather leave their future production unpriced because they’re sure to get a better (higher) price in the future. This turns into a reduction of their short positions, which causes net positions to rise. 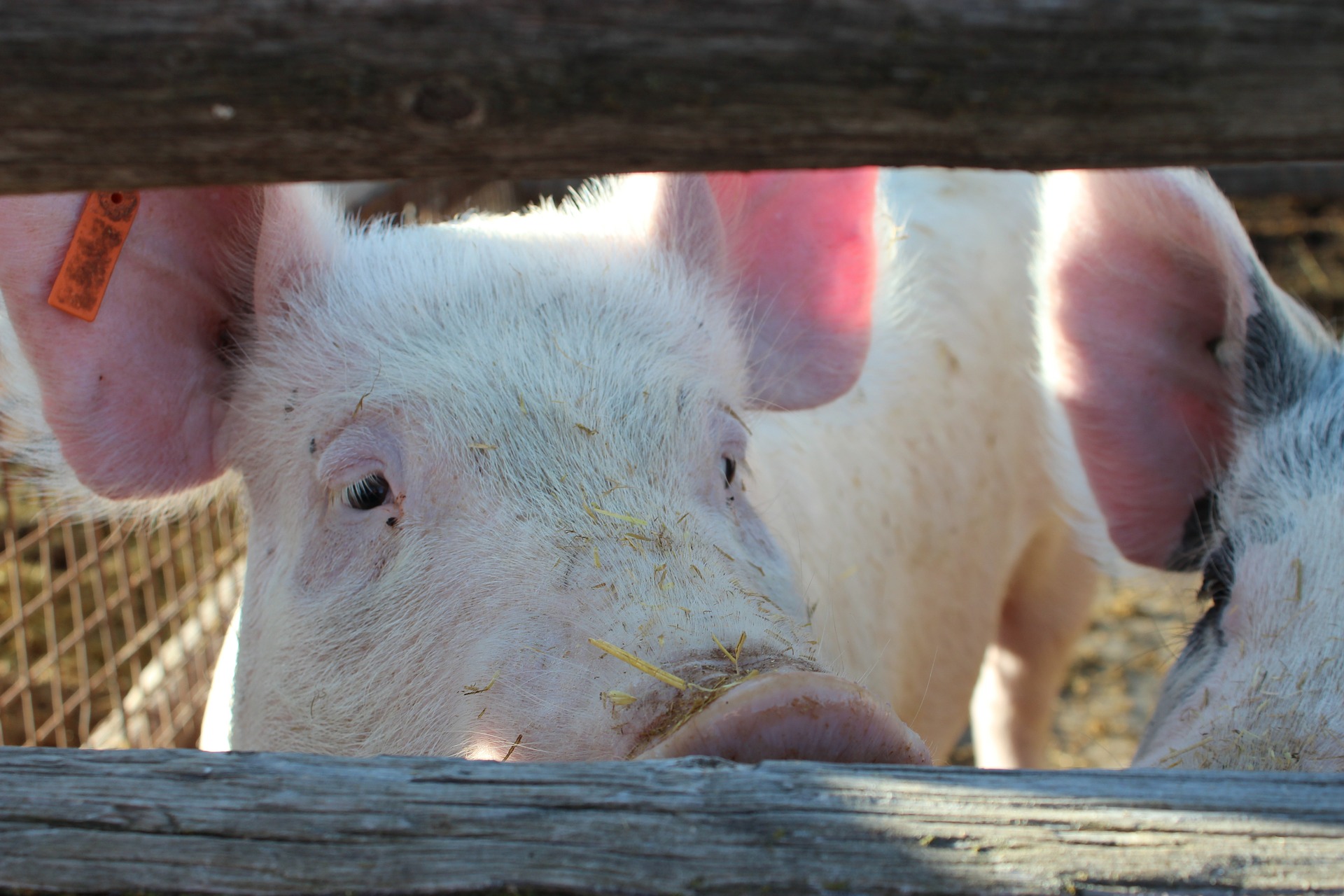 Take pig breeders as another example. They tend to buy corn futures when the price of corn is low and thus lock in the favorable low price for the future. That’s because corn is the most prevalent feed for pigs. Their long positions in corn rise which makes net positions go higher. The effect is basically the same as in the previous example.

However, don’t forget members of this group are not speculating. They are not trying to make money in the market. Their goal is to get rid of risk. If a farmer hedges his production at a predefined price, he’s sure he’ll make money. He knows his input costs like seeds, fertilizers, fuel, insurance and the future price he sold his production for. The difference is his profit. If the price of corn rises till the harvest, he loses money in the futures market but makes the same amount of money on the produced corn. On the other hand, when the price of corn falls, he sells the crop at a lower price and makes the difference on the contract he sold in the futures market. 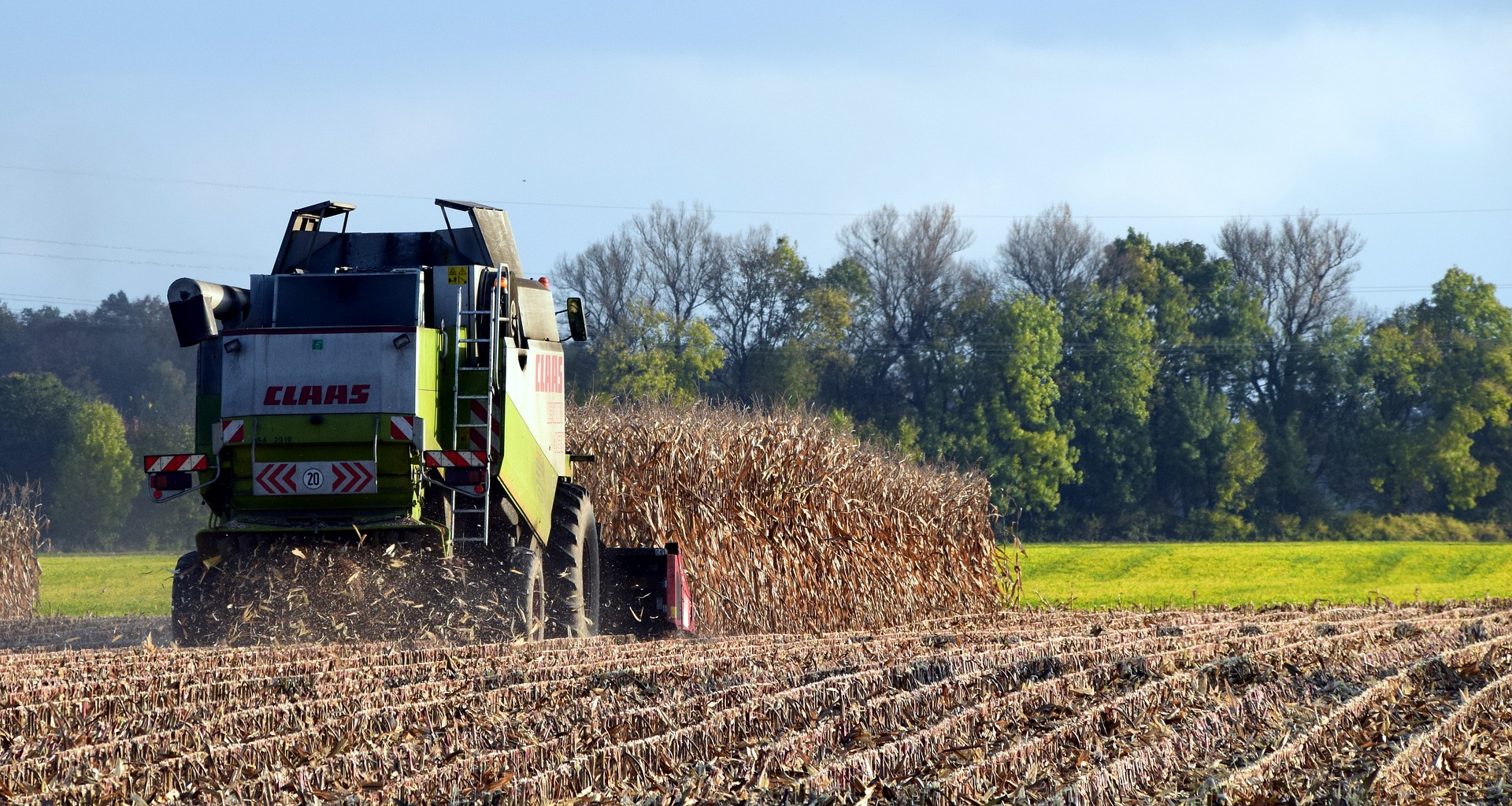 The hedgers are sometimes called smart money. In order to make decisions whether to hedge their production/inputs, they need to know if a commodity is cheap or expensive. No one is infallible. However, history tells us the hedgers are usually right about the price. The reason is obvious. These people, like farmers or miners, are professionals. They have been doing their jobs for decades and understand their commodity much more than a portfolio manager in a shiny office on Wall Street. For example, the farmers are familiar with the weather patterns, current conditions of the crop, whether the input costs are rising/declining and more. They have much better information and experience than money managers.